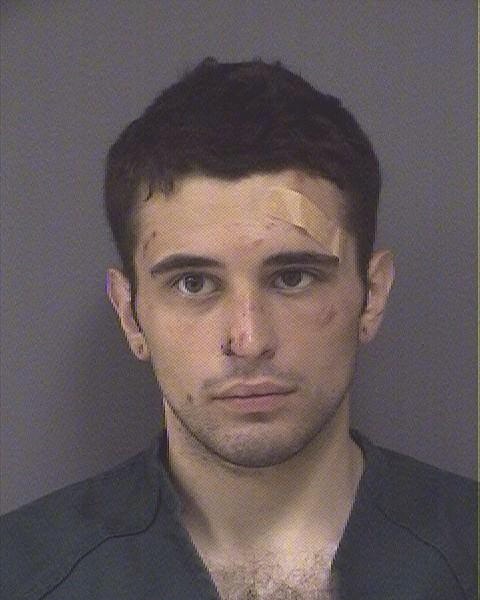 Brick police have arrested a township man in Monday’s robbery and stabbing at the Gulf gas station at Burnt Tavern and Lanes Mill roads.

The arrest was made Monday night, Sgt. Henry Drew said, when members of the department’s Special Enforcement Team arrested Samuel Patriaco Jr., 24, in connection with the robbery during which another man at the gas station was stabbed and rushed to a trauma center.

“The investigation continued through the night and into the morning hours of Sept. 2,” Drew said, eventually leading officers to execute a search warrant at a home on Cherrywood Circle, just a few blocks away from the Gulf Station. As a result of the search, Patriaco was charged with attempted murder, robbery, unlawful possession of a weapon, and possession of a weapon for an unlawful purpose, Drew said.

Patriaco was also charged with resisting arrest, hindering apprehension, drug possession, being under the influence of a controlled dangerous substance, and possession of drug paraphernalia, for which Municipal Court Judge Robert Lepore set bail at $40,000 cash.

In addition, Drew said, Patriaco was served with a no bail warrant which was issued by the New Jersey State Parole Board. He is currently being held in the Ocean County Jail.

According to earlier media reports, Patriaco has had a number of previous brushes with the law. In 2010, he was arrested for a string of 19 vehicle burglaries. Then, in 2012, he was arrested by the Ocean County Sheriff’s Department for failing to comply with a mandated drug court program.