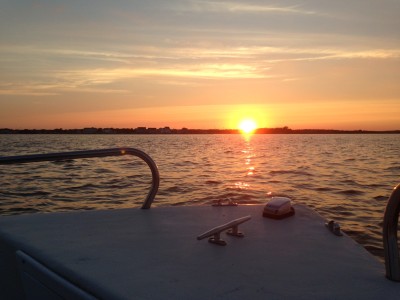 The Brick Township council and Mayor John Ducey both recently called on state officials to better fund shore protection measures in New Jersey, and to help towns focus on projects that could help address back bay flooding issues.

“We have to have them do more,” said Ducey. “We have to develop a more comprehensive plan that has to do with our inland waterways that repeatedly flood over and over again.”

Ducey also called on the state to fund dredging projects in rivers and local lagoons.


The council, at its Aug. 26 meeting, passed a resolution calling on the state to dedicate more than the current $25 million per year to its Shore Protection Fund. The fund helps pay for beach replenishment projects and also provides matching grants to coastal communities that take on their own projects to help shore up eroded beaches. Last year, state officials faced some criticism when money from the fund was used toward walking paths along the Hudson River in North Jersey.

The resolution passed by council calls the annual $25 million allocation “insufficient” and calls on the state to be “proactive, not reactive, in preparing for the inevitable onset of more frequent Sandy-like storms in light of sea level rise, climate change and increasing development along the coast.”

The call to better fund shore protection comes as officials believe the $25 million figure won’t meet the future matching costs of projects led by the Army Corps of Engineers, state agencies and even individual municipalities.

The resolution was sent to members of the state legislature, the Jersey Shore Partnership and Gov. Chris Christie.