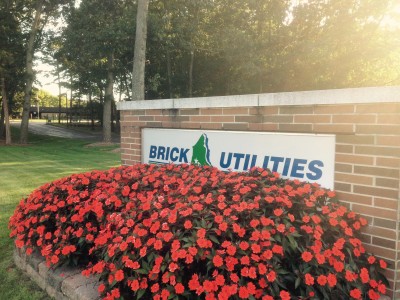 The commissioners of the Brick Township Municipal Utilities Authority laid off two employees from the agency’s engineering department and eliminated their job titles Monday night, a move a Republican candidate for township council says was motivated by politics. Other officials said the move was meant to save money by trimming staff.

The employees, whose names Shorebeat is voluntarily withholding out of respect for their privacy, had worked for the BTMUA as project managers for four and 12 years, respectively. They were let go after both defended their jobs in closed-door hearings during an otherwise contentious public meeting of the BTMUA commissioners. Two commissioners, Allan E. Cartine and Thomas C. Curtis, voted against eliminating the positions.

The BTMUA Board of Commissioners is currently led by Democratic appointees, who were accused of eliminating the positions for untoward reasons by Domenick Brando, a former Republican township council member and current council candidate. Brando is also a former BTMUA employee, whose own job was eliminated by the commissioners earlier this year.


“You people are pulling the same antics you pulled in the early 2000s,” said Brando. “I can’t wait to see what engineering firm will be coming in here and getting the contracts for the work these people were performing. It’s wrong what you’re doing.”

But James Fozman, a Democrat who serves as BTMUA commissioner as well as a township councilman, brushed off the idea that politics was behind the layoffs, saying they were part of an overall effort to reduce spending.

“They were good employees, but we’re just cutting back,” Fozman said after the meeting. “As [Executive Director] Mr. [James] Lacey said, if the time comes and we need the workers, we’ll get somebody. Right now, there are no projects, so we’re cutting down the work force.”

The two employees will not be replaced, Fozman said.

Stephen T. Specht, director of the BTMUA’s engineering department, said he sent a memorandum to the commissioners on Sept. 14, coming out against eliminating the positions, and asking how the manpower loss would be replaced.

“I had no feedback on my memo,” Specht said, explaining that he had already reduced the engineering department staff from 11 to 7 employees, and worked to improve efficiencies.

“I’m losing two family members tonight, and it really hurts me,” Specht told board members near the end of the meeting. “Please give me your feedback on this. This is serious … I had my conversations with you, and I’m sorry it fell on deaf ears.”

At one point during the meeting, Fozman took offense to Brando’s hinting that the employees were laid off for political reasons – especially to funnel work to an outside contractor – saying, “Watch what you say here, this is all being recorded.”

“I just don’t like to be accused of corruption by a former councilman, a former employee of the authority,” Fozman later said. “It just seems like sour grapes to me.”

Brando held the position of emergency management coordinator at the BTMUA before his own job was eliminated by the commissioners earlier this year. The previous purge of MUA employees also included Lisa Lau, an active member of the township’s Republican organization, and Frank Pannucci, Jr., the former chairman of the Brick Republican organization who is now a member of the Board of Education.

“You wanted to get rid of me earlier this year? That’s fine, chalk it up to politics,” Brando said. “You have people who can’t pay their bills, they’re lined up outside in the daytime here, and you people are buying out contracts.”

The “buyout” refers to Pannucci, who held an employment contract with the authority that lasted through Dec. 31, 2017. The BTMUA ultimately reached a buyout agreement with Pannucci, who held the position of Director of Customer Accounts. That led George Cevasco, the chairman of the board, to accuse Cartine – a Republican – of suggesting the buyout to begin with.

“The termination was your idea!” Cartine replied. “The buyout was a compassionate move by myself and the other commissioners to keep some people from hitting the unemployment lines. It had to be negotiated, and I was not part of that negotiation.”

Brando also hinted that the decision to promote BTMUA employee Gary Vaccaro to a director role at the water-sewer utility was politically motivated. Vaccaro is a former candidate for Lacey Township committee who is currently president of the Lacey Township Democratic Club.

“I started the same time [Brando] did, and he knows damn well how hard I work,” said Vaccaro, who now holds the position of Director of Compliance, Safety and GIS. He was appointed to the senior position in June.

“Yes, I ran for office, that has nothing to do with my job,” Vaccaro said, adding that he was appointed unanimously by a Republican-controlled MUA board. “I work damn hard, and I think Domenick would know better than that.”

As for the latest positions to be eliminated, Benjamin Montenegro, board attorney, said both would be terminated as of Oct. 31. The duties of the employees who held the positions would be “transferred and reassigned through the Department of Engineering.”

The BTMUA board will hold its next meeting Oct. 27 at 7 p.m.