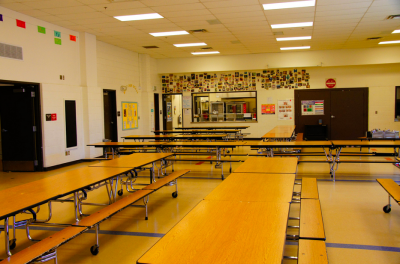 The Brick Township school district’s food service was on its way to becoming similar to many other New Jersey school districts: staffed by the lowest bidder, and without what some describe as the human touch of longtime district employees serving food to students.

But a financial turnaround put into motion several years ago has paid off, not only saving the jobs of workers at the district’s 13 schools but, in a twist, generating about $45,000 in revenue for the school district.

The issue of the district’s cafeteria woes was first brought to light in 2011 by Board of Education member Larry Reid, who became something of an advocate for the then-languishing food service program in Brick. Under state law, he and other board members warned at the time, the district’s food service could be forced by the Ocean County Executive Superintendent of Schools to go private if the operation did not break even. The law is meant to save taxpayers money, but at the same time, could have affected jobs of cafeteria workers and – at least anecdotally – led to a less personalized touch in the lunchrooms children congregate in daily.


In 2011, the program was losing $75,000 annually, and district officials were forced to create a five year profitability plan to right the ship. The path to profits would also be hindered by new federal food standards introduced in 2012, which prompted a national debate on school lunches after students nationwide spurned new, healthier menu options in favor of waiting out the school day for a bite to eat.

“We made it a point of emphasis that we had to get it profitable,” said Reid, nearly three years after his first attempts to tackle the issue. “That translated into the people who worked in the cafeterias knowing it was serious if they wanted to keep their jobs.”

When discussions first began on how to remedy the profitability issue in 2011, a food service worker in the district confidentially contacted a reporter and said “95 percent” of her colleagues were township residents, and took extra pride in the work they did for children who often lived in their own neighborhoods.

After some brainstorming, the district decided to expand its food offerings, bringing in a breakfast option for students who arrive early to school.

“You get reimbursed for students who can receive free and reduced breakfast” under a federal program, Reid said. “That added a lot of money, and we still had the same staff. So we had more volume.”

Lunch sales have gone down somewhat because some students choose to eat just breakfast at school, Reid said, but between the two meal servings revenue has steadily risen.

This year, the district hired a new food service manager who is continuing work on the program, which in 2013 generated approximately $45,000 in revenue.

“It’s fantastic,” said Reid. “We hope it will be sustaining, but it’s like anything else, you have to keep on top it and you can’t let up.”