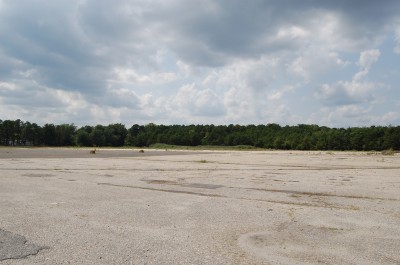 Brick officials announced minutes before a township council meeting was set to begin Tuesday night that they would back out of an agreement with M&M Realty Partners, the redeveloper of the former Foodtown site off Route 70.

Mayor John Ducey said he has notified the redeveloper that “he is in default and if not cured, will be terminated.”


“The redeveloper signed an agreement with the township and wants to change the terms of that agreement to something that we find unacceptable, primarily more residential development,” Ducey said. “This has brought any progress to a grinding halt.”

Additionally, a copy of a resolution that was approved at Tuesday night’s meeting said M&M had failed to pay a required $100,000 deposit on the property and failed to meet a number of deadlines that were set by a previous township council for the property to be redeveloped.

Joseph Baumann, the township’s redevelopment attorney, said at the meeting Tuesday night that the township gave M&M the chance to walk away from the deal amicably, but they declined. The township and M&M are now in a “period of dispute,” he said.

“We certainly did give the developer an opportunity to go away without a dispute,” said Baumann. “We didn’t move to this step lightly, without deliberate thought and consideration, but that’s where we are now. Rest assured, this was not our first choice.”

Due to the legal dispute, Baumann added, he has advised township officials against commenting on the situation as it unfolds.

“It’s really designed entirely to protect the taxpayers,” he said. “We’re going to be careful about what we say.”

The relationship between the township and M&M apparently began to devolve after M&M asked the township council in Jan. 2013 for permission to change the redevelopment agreement to allow his company to build a 192 unit condominium complex, approximately 19,000 square feet of commercial space and 72 rental units over top the commercial space at the site. The council never agreed to change the plan, which currently only permits the construction of a full service hotel at the site. Some members of the governing body openly voiced disagreement with the plan to build condos after it was proposed.

Ducey said M&M appeared unwilling to forgo its insistence in residential development at the site.

“The council and I will not agree to any plan that is inconsistent with the current zoning of the Foodtown site,” said Ducey.  “At this point, we have lost faith that the redeveloper will move forward in accordance with the redevelopment plan.”

Ducey continued to call the property a “drain on the taxpayers,” saying the township has paid for borrowing costs while losing out on property taxes that would have been generated had the property been owned privately.

“Our goal is to get this property privately developed in a manner that is beneficial to the community,” Ducey said. “We are confident that we are going to achieve that goal.”

Brick bought the site, which was home to Foodtown and a Bradlees store, in 2003 for $6.1 million after Foodtown closed. M&M, under the agreement, would have paid Brick $7.5 million for the site when they received final approvals to build there. M&M paid for the demolition of the old Foodtown building but had not paid the township for the property, which remains under municipal ownership, since they never broke ground on any construction there.

“This couldn’t have just been done in month one or month two,” said Councilwoman Marianna Pontoriero, congratulating Ducey on his decision to terminate the agreement. “This is a long time coming, and our mayor has worked diligently from day one when he stepped into office on doing something, finally, with this site.