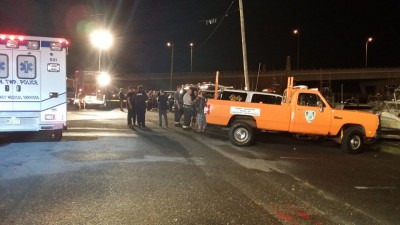 The U.S. Coast Guard said Sunday that an overnight accident involving the Manasquan Water Taxi on the Manasquan River did not result in any arrests.

A crew from Station Manasquan Inlet conducted a breathalyzer test on the captain of the 40-foot pontoon boat with negative results, said Petty Officer 1st Class Nick Ameen, a Coast Guard spokesman. The crew also conducted a boarding of the vessel and did not find any violations.

“Everything and everyone checked out OK,” he said.


The water taxi ran aground at Niensdt Island, commonly known as Treasure Island and Osborne Island, around midnight Sunday, authorities have said. The eight acre island is located in the river between Point Pleasant Borough and Brielle near the entrance to the Point Pleasant Canal. 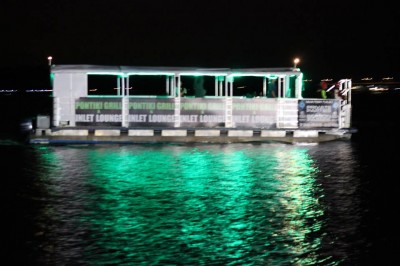 The Manasquan Water Taxi, shortly after being ungrounded from Treasure Island in the Manasquan River. (Photo: Barnegat Bay Island/ Facebook)

According to the Point Pleasant Office of Emergency Management, there were 20 passengers and two crew members aboard the boat. Several minor injuries were reported, and one person was taken to Ocean Medical Center in Brick.

Marine Units from the Point Pleasant Fire Department, Herbertsville fire company, Laurelton fire company, Pioneer Hose fire company, Brenton Woods fire company and US Coast Guard responded to rescue the individuals on the vessel, the office said. A staging area was set up at the Crystal Point Yacht Club in Point Pleasant Borough, where Point Boro EMS, Brick Police EMS and Lakewood EMS were on scene to assist with triage and treatment.