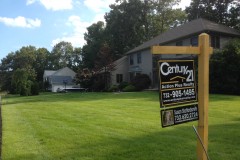 A home for sale in Brick, N.J. (Photo: Daniel Nee)

An analysis of national moving data from the website RealtyTrac shows Millennials are moving away from Jersey Shore counties while Baby Boomers are moving in.

Ocean County’s population of Baby Boomers increased by 9.3 percent between 2007 and 2013, making it one of the top destinations in the country for Boomers – people born between 1946 and 1964 – to move.

But for Millennials – people born between the early 1980s and early 2000s – a lack of primarily white collar, high-paying jobs in the area is causing many to move elsewhere. Between 2007 and 2013, Ocean County lost 3 percent of its Millennials while Monmouth County lost 12.27 percent.


Where did the Millennials ago?

“The millennial generation is generally moving from lower-priced to higher-priced markets for both buying and renting, with the tradeoff being more jobs (lower unemployment) and higher median incomes in the markets they are moving to,” the report said.

The opposite is true with Baby Boomers, who are retiring to lower-value areas where home value growth is slower and job prospects are not as rich. Wilmington, N.C. and Pinal County, Ariz. were the top destinations for Baby Boomers, with their numbers increasing by 50 percent and 41 percent, respectively. Charlotte County, Fla. capped the top three.

The full report is available on RealtyTrac.