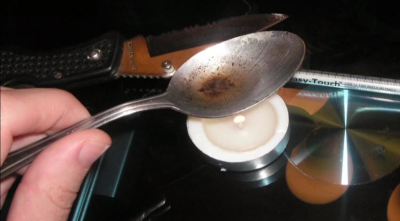 It was just about a year ago when Douglass Collier, a DEA agent, broke the not-so-secret news to a packed Pine Belt Arena in Toms River.

“It’s here, and it’s not going away,” said Collier, at an anti-drug forum organized by the Ocean County Prosecutor’s Office, one of the initial shots fired in the county’s war against heroin.

Faced with a mounting death toll that numbered over 100 by the middle of 2013, Prosecutor Joseph Coronato, freshly appointed to his post, got to work reorganizing two special enforcement teams in the northern and southern halves of Ocean County, spearheading a campaign to arm police officers and emergency responders with the drug Narcan to save the lives of addicts who overdose, and starting a life-or-death initiative to reach schoolchildren county-wide. A year later, what was a death toll of 90 by Oct. 2, 2013 has been nearly cut in half – 59 people have died so far this year in the county, said Al Della Fave, spokesman for the prosecutor’s office.


Now comes the hard part. Rehabilitating those who are hooked, and preventing the current generation of teens from embarking down a dark road of heroin-induced misery.

New Jersey keeps statistics on substance abusers. In Ocean County, it comes as no surprise that heroin is the drug of choice. According to the state’s Substance Abuse Monitoring System, 40 percent of those who were admitted to a facility for treatment of a substance abuse issue in 2013 were there for heroin. Alcohol came in second, with 28 percent. Other opiates – oxycodone, hydrocodone, and others pills, usually painkillers – accounted for an additional 14 percent of admissions.

The statistics paint a picture of who the average addict is in Ocean County and even within Brick Township’s borders. Countywide, 71 percent of addicts are also cigarette smokers. A majority, 65 percent, are males, and as an age group, those between 22 and 29 are the most likely to be abusing substances, at 34 percent.

The living situations of addicts are what one might expect, the statistics say. Almost all, 87 percent, live alone. Few, just 12 percent, are married. Most, 57 percent, are not in the labor force or are currently unemployed. The majority, 69 percent, have been in trouble with the law, with 25 percent currently on parole.

The state makes data available on a town-by-town basis. Of those Brick residents counted, 92 percent of those treated for substance abuse issues in 2013 were 18 or older. A total of 1,175 Brick residents were admitted to a facility last year, with the majority – 407, or 34.6 percent – being treated for a heroin issue.

The Narcan program spearheaded by Coronato has revived people from opiate overdoses 98 times since March when it was introduced, Della Fave said. Under the program, which was piloted in Ocean County before being expanded to the rest of the state, police officers and other first responders carry intranasal syringes filled with naloxone, which temporarily reverses the effects of opiates long enough for an overdose victim to be revived.

“You can’t just say, ‘okay, you’re fine now,'” said Della Fave, of those whose overdoses are reversed. To that end, the prosecutor’s office has started a number of initiatives that make up the newest phase of the heroin fight: rehabilitation.

The prosecutor’s office has now started transporting victims revived from overdoses to hospitals in order for them to meet with drug counselors on-site, with the hope that they will enter a rehabilitation program. Once they are revived, overdose victims cannot be forced to go to a hospital, but a trip there has become standard operating procedure in Ocean County.

Included in the state’s statistics are glimmers of hope that the county’s outreach to young children may be key for, indeed, breaking the cycle of addiction and the crime, death and family toll that comes with it.

All of Ocean County’s school districts have signed on to a program to allow drug-sniffing dogs to inspect high school and middle school hallways for drugs, and high school lockers are outfitted with a sticker containing a QR code that links to a phone number where students can anonymously report a drug issue at school.

“Some people say it’s a war on drugs,” Coronato told those gathered at the first drug forum last fall. “I don’t think so. I think it’s a fight for survival.”

Editor’s note: The full set of statistics referenced in this article can be found in a state report.