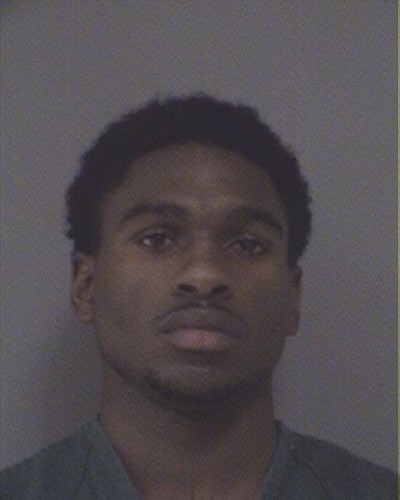 Lakewood police have arrested three men – one 18, and two juveniles – and charged them with armed robbery following calls on three armed robbery attempts within 30 minutes. The men have also been charged in the armed robbery of two people outside the Toms River Red Lobster restaurant and a fifth robbery prior to the Red Lobster incident.

Devin Delaine, the 18-year-old, was charged alongside the juveniles with armed robbery, theft and possession of a weapon for unlawful purpose.


In the first call, a 24-year-old Lakewood man reported that while walking in the area of 2nd Street and Woehr Avenue, a light colored Nissan Altima pulled along side of him. One of the occupants, described as a young black male, exited the vehicle while pointing a handgun at him. The suspected then demanded he hand over his cell phone. The victim, Staffordsmith said, threw the cell phone at the man and ran off, at which point the man got back into the Altima and fled.

At 11 p.m., police received a call from a 26-year-old Lakewood man reporting that he was approached by two men, one brandishing a handgun, while unloading groceries from his vehicle near his 8th Street home. He was ordered by the suspects not to move as they took the bags of groceries from his hands. The victim was reportedly struck in the head by one of the men but was not injured, Staffordsmith said. A witness in the area reported that, like the earlier robbery, the suspects fled in a light colored Nissan Altima.

Finally, at 11:10 p.m., two Lakewood women in their 20s reported that while walking down Albert Avenue they were approached by two young black males, one of which was pointing a handgun at them, according to Staffordsmith. The suspects then grabbed one of the women by the arm and told her to go into an adjacent wooded area, but the woman pulled away and both ran from the area.

The women reportedly ran until they were sure that the suspects were no longer behind them, Staffordsmith said. About 15 minutes later, police received a call from a witness who, once again, said the suspects fled in a light colored Nissan Altima. The witness, who had an emergency medical background, quickly checked on the victims condition and upon confirmation that she was okay, began to pursue the suspects, said Staffordsmith.

The witnesses provided a detailed directions to the police department until officers located them and conducted a motor vehicle stop.

After the Lakewood arrest, Detective Randy Petrick from the Toms River Police Department joined the investigation, ultimately linking the same men to an armed robbery outside the township’s Red Lobster restaurant on Sept. 26. In that robbery, one of the suspect’s allegedly put a gun to the victim’s head and demanded money, police spokesman Ralph Stocco said.

They were also linked to the robbery of two females on Sept. 26 that occurred on Parkcrest Drive in Toms River, just prior to the Red Lobster incident, in which two females were approached at gunpoint and money was demanded.

Bail was set at $250,000 cash for Delaine; the juveniles were taken to the county’s juvenile detention center, police said. A photo of the Delaine was not immediately available.