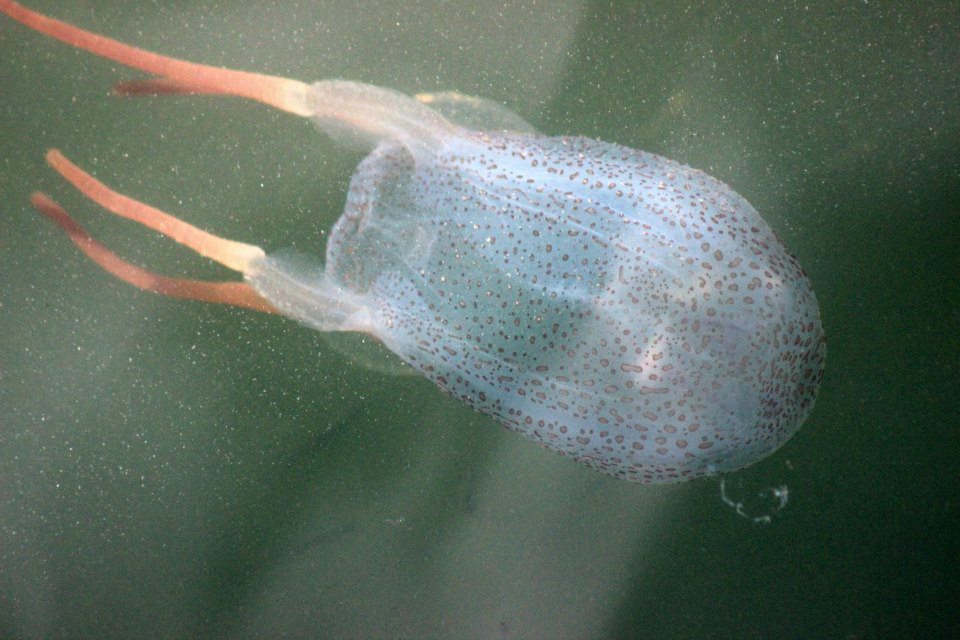 A locally-rare jellyfish species capable of packing a strong, venomous sting has been photographed in the Manasquan River near Gull Island in Point Pleasant Beach.

Jerry Meany, a Point Pleasant EMS volunteer who runs the Barnegat Bay Island Facebook page, posted photos of the odd-looking jellyfish to the page, generating interest from Save Barnegat Bay, a local environmental group. The jellyfish, photographed earlier this week, was ultimately identified as a Tamoya haplonema, or sea wasp, a species of venomous box jellyfish.

Described as being 6 to 8 inches long, translucent grey blue in color with the orange tentacles, the sea wasp is known as a competent swimmer that contracts its bell in order to suck in water that is extracted through an opening at its base, according to the New World Encyclopedia. 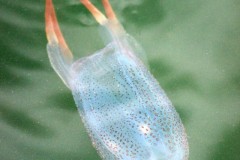 “It swam around that immediate area and kept going back to the same spot,” said Meany in his Facebook post. “It also surfaced, over and over as if to breath as it broke the surface. It actually seemed somewhat intelligent.”

According to The American Museum Journal, sea wasps are normally bottom dwellers but come to the surface primarily to release eggs and sperm. The same journal said that while Tamoya haplonema are rarely seen, they can be found from equatorial tropical waters all the way up to Provincetown Harbor at Cape Cod. The species is most abundant off the coast of Brazil.

Box jellyfish are known to pack a serious sting, claiming a disputed number of human lives between 1950 and 1996. Immediate first aid treatment involves washing the exposed area with a towel or a gloved hand to remove the stinging nematocysts from the victim’s skin. Most sting victims do survive, but require a trip to the hospital and oftentimes potent painkillers, the encyclopedia article said.

“Here at Save Barnegat Bay we reached out to NJ’s leading jellyfish scientist, Dr Paul Bologna at Montclair State University and he has confirmed that this is a sub-species of box jelly,” Britta Forsberg-Wenzel, the organization’s executive director, said in a social media post. “They are VERY dangerous. Please be careful.”

The organization said they would appreciate having a specimen for scientific purposes, but stressed safety in handling the creature. The jellyfish retains its sting even after it is dead, according to the National Institutes of Health.