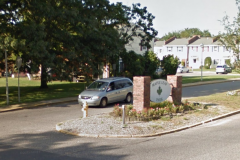 Brick Township officials are investigating an anti-crime ordinance modeled after one enacted in Glassboro that targets rental properties where tenants involve themselves in illegal activities.

Known as the Crime-Free Multi-Housing Program, landlords would be able to quickly evict tenants who are found to be involved in a number of criminal violations, using police reports as evidence during a special hearing that would bypass the often lengthy court eviction process. Glassboro, in 2008, was the first municipality in the state to enact the program, which has been used in other states and countries. The program is allowed under state tenancy law.

Township council members said they were considering the program after an Oct. 30 meeting of the council’s public safety committee, at which the Glassboro police chief was a guest. The council is considering a number of anti-crime measures following multiple public meetings where residents of the Maple Leaf Park condominium complex in the township’s Herbertsville section pleaded for stepped-up enforcement and spoke of widespread crime, including drug dealing and retaliatory tactics against those who dare to alert authorities.

“We don’t need oil because we squeak, and then nothing else,” said James Cancel, a resident of the complex, urging long-term action to deal with crime issues.

The Crime-Free Multi-Housing Program is one of a number of ordinances township officials are looking into with the aim of reducing crime in Maple Leaf Park and similar, high-rental condominium complexes. In Glassboro, the ordinance allows landlords to evict tenants who manufacture, store or sell drugs, or engage in crimes such as prostitution, assault, threatening or intimidating behavior, as well as those who commit serious property damage, according to an article in the Courier-Post when the law was first passed.

The program works by adding an addendum to leases that compel tenants to adhere to the program’s terms.

At Glassboro’s Ellis Manor complex, a 72-unit HUD rental facility where the program was piloted, calls to police dropped from 160 per month to just 15 per month between 2002 and 2004, the Courier-Post report said.

Landlords, Glassboro officials said, could be enticed into the program by a more stable tenant base and lower maintenance and repair costs.

No Word on Security Cameras

Residents again came to the council meeting Monday to voice their concerns. Steven Cancel, a Maple Leaf Park resident who has accompanied his father to recent meetings in order to speak out against crime, suggested heavy drug enforcement.

“The dealer is the lynchpin where the producers meet the buyers,” he told council members. “And Maple Leaf is a haven for dealers. If you get the dealer, you remove the hinge.”

“You will see change,” Councilwoman Marianna Pontoriero promised the Cancels, as well as other residents. 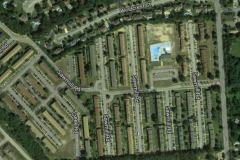 Pontoriero said as ordinances are being reviewed by Township Attorney Kevin Starkey, police are continuing efforts to crack down on drugs in the area, and plans are being put into place for more youth mentoring programs in order to introduce children from the area to positive role models.

In the mean, time, however, there was no word on whether the management of the complex has repaired a number of security cameras that have not worked since the summer.

Myron Kozak, the development’s property manager, said at a council meeting in October that insurance issues have kept the cameras from being fixed after a lightning strike damaged them. He estimated at the time that they would be repaired within a few weeks.

“I have reached out, and I haven’t gotten a return call,” said Joanne Bergin, the township’s Business Administrator, on the camera issue.

Pontoriero said the measures under review by the township attorney would likely be ready to be introduced at an upcoming meeting.

“You have to change the culture of the area,” said Pontoriero. “It’s not just making the arrests, but changing the culture. At this point, it’s only been two months, and we have a lot of really great ideas that have to be solidified.”

“We have been working intensely to remedy the problem not just in the short term, but the long term.”