Arrest Made in 2013 Lakewood Murder; Shooting Was Over Bet From Dice Game 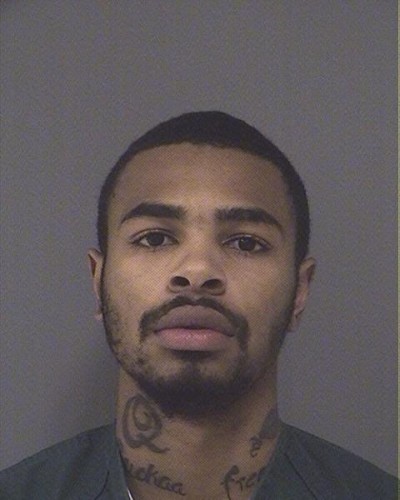 Authorities have charged a Lakewood man with murder in connection with an Aug. 2013 shooting.

Umbachi Jackson, 20, of Lakewood, was taken into custody Wednesday for the Aug. 29, 2013 murder of Kenneth Scott, 24, at the High Point Condominium Complex in Lakewood, according to a joint statement from Ocean County Prosecutor Joseph Coronato and Lakewood Police Chief Robert C. Lawson.

The arrest and charges stem from the incident on August 29, 2013, when at approximately 9:53 p.m., Lakewood Police responded to the High Point apartments, in the area of building 524, for a call of a male with a gunshot wound. Police found Scott, of Jackson, upon arrival and immediately had him transported by EMS to Jersey Shore Medical Center in Neptune. Scott, who was initially admitted in critical condition, later succumbed to his wound and was pronounced dead at 1:55 a.m. – less than two hours after his Aug. 28 birthday ended.


Over the year and several months that followed, investigators kept on the case, ultimate finding out that the shooting took place over an unpaid “dice game” bet, the prosecutor’s office said.

Jackson was located and arrested Wednesday at the same apartment complex where the shooting took place, the statement said. He was charged with murder, possession of a weapon and possession of a weapon for unlawful purpose. Superior Court Judge Francis R. Hodgson, Jr. set his bail at $1 million dollars cash.

He has been remanded to the Ocean County Jail in lieu of bail, prosecutors said.