Brick Eyeing Dog Park to be Built at Existing Park 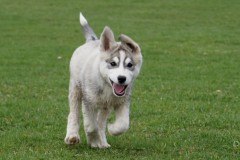 A dog running in a park. (Credit: Randi Hausken/Flickr)

Brick Township is looking into the possibility of adding a dog park at the site of Angela Hibbard Park, Mayor John Ducey said Monday.

The park, located off Drum Point Road, will be among a number of township parks that will be improved in the coming years, Ducey said. But the township has specifically eyed Angela Hibbard to be the site of a dog run area, a frequent request from residents, according to the mayor.

“We’re going to work to explore the grants for the dog park component,” said Ducey, explaining that the township has already applied to the New Jersey Department of Environmental Protection for a grant that would cover a large part of construction.


Specifically, officials are favoring a plan where two separate dog areas would be built – one for small dogs and one for larger dogs.

“We’re aware that small dogs and large dogs play differently and have different needs,” said Joanne Bergin, the township administrator. “All dogs will be welcomed. I sure plan to bring my bulldog there.”

In addition to Angela Hibbard, several parks in Brick have upgrades planned over the coming year, including Colorado Park and Lake Riviera Park. At Tuesday night’s council meeting, the governing body will vote on whether to solicit bids for improvements to Colorado Park.