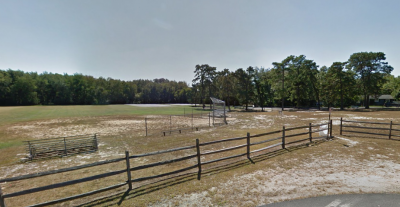 A newly-built Colorado Park in the township’s Herbertsville section will feature new playgrounds, sports fields and aesthetics – plus high-tech security cameras to prevent vandalism that has plagued the park in the past.

The township council on Tuesday night voted in favor of soliciting bids for the project, which will get underway in 2015, officials said.

The rebuilt park, located at the end of Colorado and Nebraska avenues off Lanes Mill Road, will feature all-new attractions. It will include two playgrounds, one for children ages 2-5 and one for children ages 6-12, plus basketball courts, a new baseball field with a proper backstop and clay infield, and a perimeter walking trail.


The park will also include infrared security cameras with the aim of preventing incidents of vandalism that have been a persistent issue at the park in the past. In Nov. 2012, someone set fire to the park’s playground area.

“We felt if we were going to invest these township resources, we should be able to protect them as much as possible,” said Councilwoman Andrea Zapcic.

Susan Lydecker, the council president, said local residents will appreciate finally having a beautiful new park in the neighborhood.

“It sounds like it’s going to be a really nice addition to our community,” she said.

The cost of the project will be revealed when bids on the work are returned to the township.