Child, 2, Struck and Killed in Lakewood 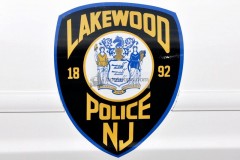 Lakewood police say a 2-year-old child was struck and killed by a car that was pulling out of a driveway.

The accident occurred at 2:10 p.m. Wednesday, police said. Officer Ed Hornak arrived at a Forest Park Circle home after receiving a report that a pedestrian had been hit by a car, as well as other officers and medical personnel.

The 2-year-old, a girl, was struck when a neighbor was pulling out of a driveway, according to a statement from township police. She was taken to Jersey Shore University Medical Center, Neptune, but ultimately succumbed to her injuries.

Anyone with information on the case is being asked to contact Sgt. William Butterworth at 732-363-0200.