Cops: More Charges Against Man Who Exposed Himself to Children 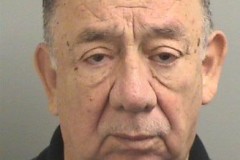 After arresting a 73-year-old man from the Holiday City retirement community for following an 8-year-old girl through a Toms River Dollar Tree store and exposing himself to her, police continued their investigation and announced new charges against the suspect Thursday.

The Sept. 11 incident, which occurred at 5:32 p.m. that day, resulted in additional charges filed for sexual assault, endangering the welfare of the child, and lewdness.

“It should be noted that there was never any direct physical contact between Miranda and the victims,” said Toms River Police spokesman Ralph Stocco.

The charges of sexual assault arise from the fact that a child victim observed the lewd acts which elevates the grading of the crimes, Stocco said.