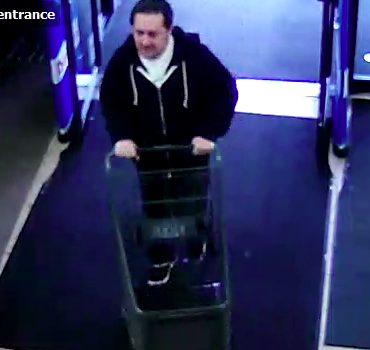 A person or group of people who are suspected of stealing breast pumps from a Burlington Coat Factory store in Freehold may now have hit the retail chain’s Brick location.


On scene, officers were told that a man had exited the store with three Media Freestyle Breast Pumps that had not been paid for, but once he exited the store, the suspect fled on foot and left the items behind.

The man fled on foot northbound on Brick Boulevard, but a white SUV is also believed to have been involved in the incident. It is believed that this same suspect has committed a theft of the same items at the Burlington Coat Factory located in Freehold, said Drew.

Police have released surveillance video and photos of the suspect entering the store prior to the theft. Anyone who recognizes the man is being asked to contact Detective Daniel Waleski, in the Brick Township Police Detective Bureau at 732-262-1170. Those with information can also contact the Brick Township Police Department directly at 732-262-1100.