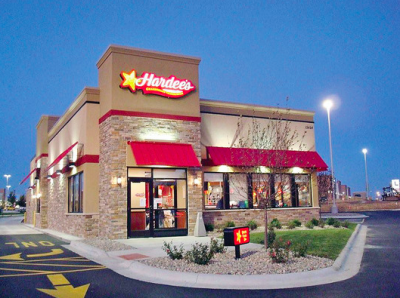 The township’s planning board has approved the construction of a Hardee’s restaurant in the Bay Harbor Shopping Center on Brick Boulevard, which also houses a Stop ‘N Shop supermarket and a Burlington Coat Factory store.

After several hearings dating back to the summer, the board initially approved the restaurant at a meeting in late October and voted in favor of a resolution adopting the approval in November. That approval means Brick will be home to the first Hardee’s restaurant to operate in New Jersey in more than two decades, when the chain left the state. Hardee’s, owned by Carpinteria, Calif.-based CKE Restaurants, announced last year that it would re-enter the northeast U.S. market.

The site where the restaurant has been approved – the northwest corner of the shopping center’s parking lot, near the jug handle lane from Brick Boulevard – was approved in 2009 for a fast food restaurant and drive-through. Bay Harbor Shopping Center had elected to complete the 2009 approval process when Hardee’s showed interest in the site.


The planning board approved several variances for the site, including waiving the township’s minimum 75 foot-wide front setback, since the restaurant will be located next to a jughandle. The board also allowed two signs on a single façade where only one is permitted; both the north and south elevations were approved to contain two signs – one on each being the three-star Hardee’s logo. The board also allowed the restaurant to have an 18-inch high landscape berm where three feet is normally required.

Hardee’s, mainly known for its hamburgers, would be open for breakfast, lunch and dinner at the proposed Brick location.

The restaurant chain’s Brick location will the first of 200 that are planned for the northeastern U.S. market. Hardee’s currently operates 2,000 locations nationwide.