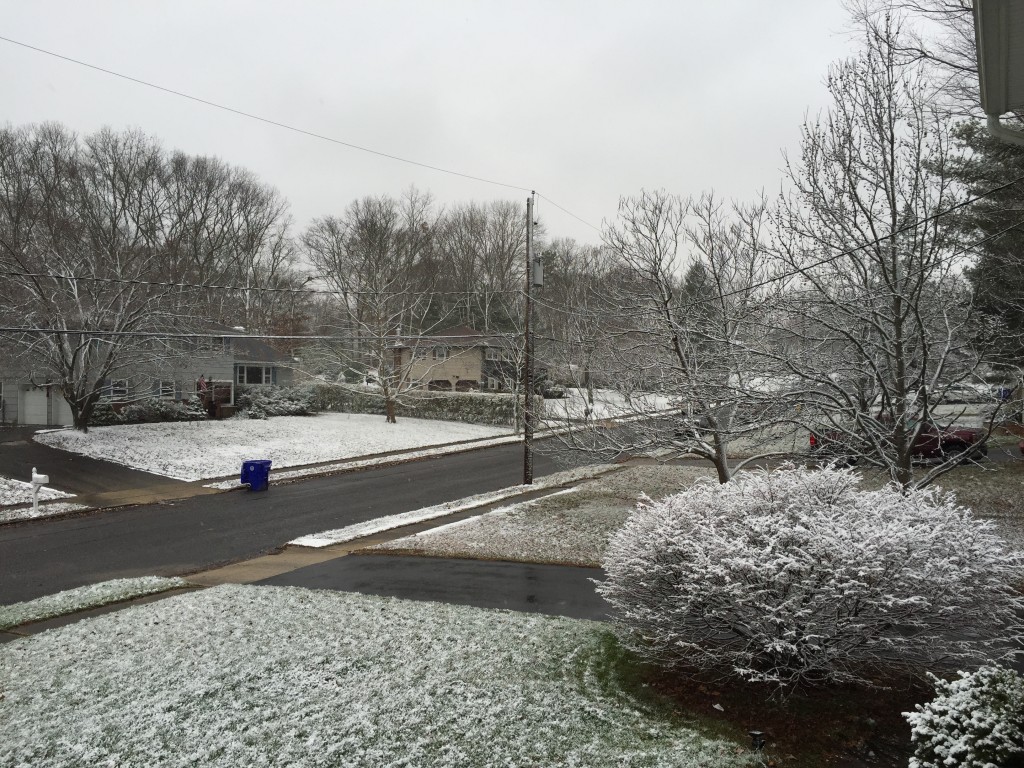 An unexpected round of ocean affect snow gave Jersey Shore residents a small taste of winter on Monday, though forecasters were more interested in a nor’easter that was gaining strength in the ocean south of New Jersey. 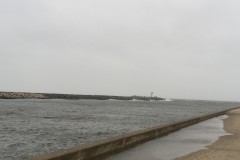 
Waves as high as eight feet broke at the shoreline Monday morning, causing some erosion. The erosion was expected to increase overnight and Tuesday, prompting some worry over dunes that still have not recovered from Superstorm Sandy in 2012.

A coastal flood warning was in effect until 1 p.m. Tuesday afternoon for all of Ocean County. Areas prone to minor and moderate back bay flooding were forecast to flood at the times of high tide; wind driven rain and wave action was predicted to exacerbate erosion, according to the warning. The National Weather Service forecast called for anywhere from 1.5 to 3 inches of rain to fall between Monday night and Tuesday. 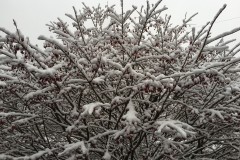 A wind advisory was in effect until 4 p.m. Tuesday, with gusts forecast to be about 45 m.p.h., though some models suggested gusts between 50 and 60 m.p.h. could be reached. Sustained winds were forecast to be around 25-35 m.p.h. A gale warning was also in effect; seas off Ocean County were forecast to build to 8-13 feet overnight and 11-16 feet Tuesday.