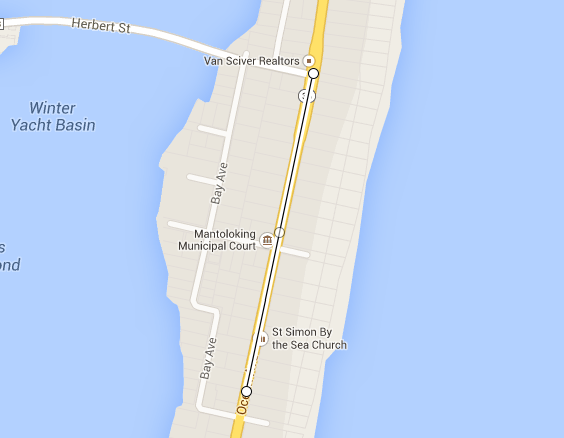 Brick residents who are used to making a right turn on red onto Route 35 south after crossing the Mantoloking Bridge, take heed: those new “No Turn on Red” signs installed over the last week are there for a reason.

Due to the ongoing construction on the state highway, Route 35 now condenses to a single lane south of the bridge, meaning traffic is alternating in both directions in the northbound lane. If a driver fails to obey the newly-installed No Turn on Red signs, they could be in for a head-on collision if traffic is moving in the opposite direction.

The lane closure lasts from Herbert Street (where the Mantoloking Bridge meets Route 35) to an area just south of Downer Avenue. Though a short distance, the alternating traffic in a single lane has been causing significant delays in recent days, especially during the morning and afternoon rush hours.


According to the Mantoloking Office of Emergency Management, the lane closure will last “through January.”

For Mantoloking residents who need to access Downer Avenue, the only access point will be from Bay Avenue, which can only be accessed from Princeton Avenue.