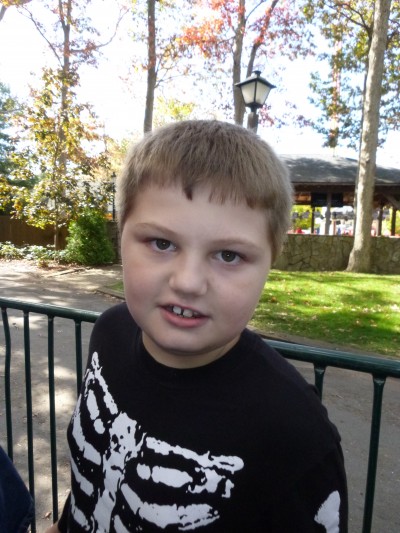 It was two syllables, whispered in a hushed tone, then repeated with gusto. Nothing surprising from an eleven-year-old boy, except that this boy is severely autistic and just began speaking a few months ago. The words he’s said up to this point have mostly been echoic, uttered in response to an adult soliciting sounds from him in an effort to build his repertoire. Today is different however. The word Justin utters is spontaneous, as he has just grabbed my husband’s face with both hands, looked him in the eyes, and without being prompted has asked for me. Twice.

My husband calls to tell me. I want to teleport myself home to him. I also want a parade.

I resume watching my seven-year-old blur of a boy as he conquers the playground equipment, and my mind flashes back to when Justin was seventeen months old, and newly diagnosed with moderate to severe autism. I recall being trained to be his ABA provider becaue our home state of Virginia only provided him with eight hours a month of speech and OT, remember crouching on the floor for hours trying to elicit any syllables from him at all. He’d had a few before his first birthday, and although Justin did not have a full-fledged regression he’d lost even those slight sounds, one of which I’d been certain was “mama.”


I wish I could have known then I’d wait years, but that one day that sweet word would be back.

I contemplate how my views about his speech have changed, how desperate I once was to hear his spoken word, and now how grateful I am he uses his iPad for academics and to fulfill his basic needs. My boy and I are deeply bonded, and I don’t require him to call for me to know his wishes. I’m mostly excited that the spontaneous words are slowly coming, that in the future when I’m not there he might be able to ask a caregiver for juice, or the bathroom, or his coveted popcorn without using a device.

But if I’m perfectly honest, I will be grateful to witness that word once again, with all the meaning, commitment and love it conveys.