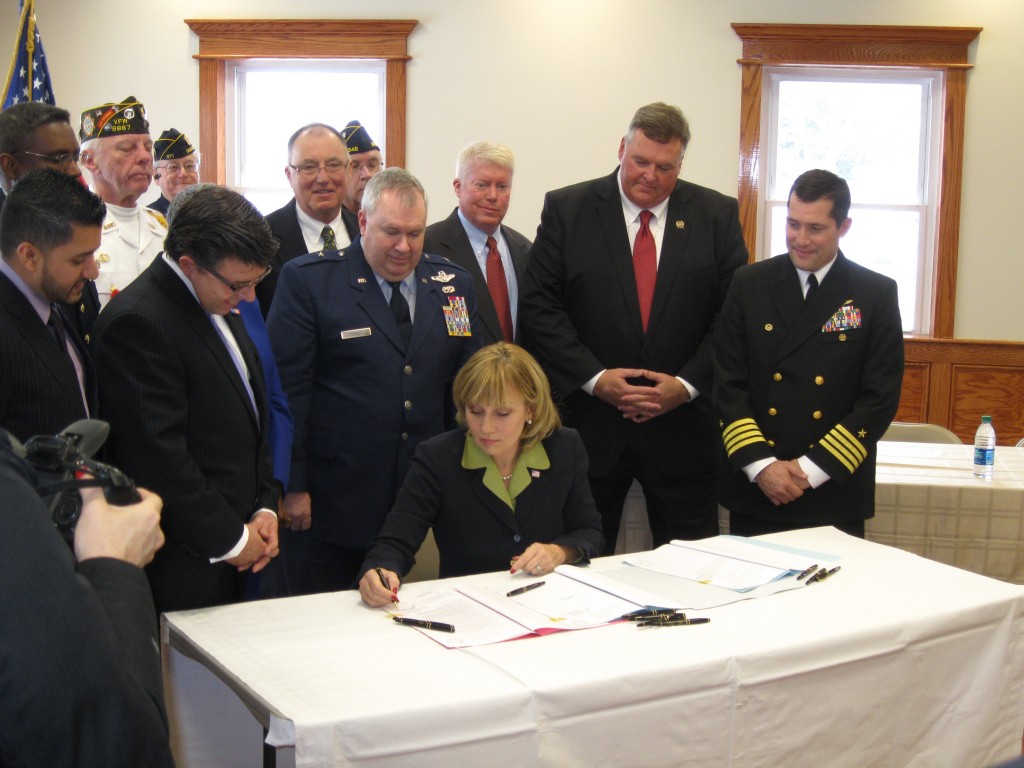 Legislation naming the Route 35 bridge between Brielle and Point Pleasant Beach as the “Veterans of All Wars Memorial Bridge” was signed into law today by Lt. Gov. Kim Guadagno at the American Legion in Brick Township. The bridge crosses the Manasquan River and links Monmouth and Ocean counties.

The bill, sponsored by Sen. James Holzapfel and Assembly members Dave Wolfe and Greg McGuckin (all R-Ocean), was drawn up after a proposal was floated in 2012 to name the bridge for a former state transportation official. The bridge had been named to honor veterans in 1951, but largely unbeknownst to both officials and local residents, the designation only lasted for a single calendar year, technically leaving the bridge without a name for decades. After veterans groups balked at the prospect of renaming it, the bill was introduced by the 10th district legislators.

Guadagno’s signing of the bill makes its new title permanent.


“The brave men and women who fought for our freedom should be remembered for their heroism and sacrifices they endured for our country,” the legislators said in a joint statement. “Just as this bridge has weathered storms and served the Jersey Shore community so have our American soldiers who braved hardships and served the nation. It now stands as a testament to their courage and resilience.”

The bill also authorizes state funds to be used to erect signage that displays the bridge’s name.