Restaurant Could Be Built at Traders Cove Under Brick’s Plan 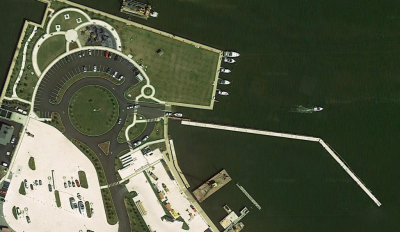 A new restaurant with sprawling views of Barnegat Bay is a valuable prospect, and it’s one that Brick Township officials are hoping will help transform Traders Cove Park from a costly venture to a profitable one.

Under a plan that will soon be unveiled by Brick officials, the township council will solicit bids to seek out a restaurateur who would privately construct a building at the marina and park site. The township would retain ownership of the land and sign a long-term lease with the restaurant owner, who would then construct a building on the site and operate the restaurant.

“We’re going to see if there are any businesses interested,” said Mayor John Ducey.


Ducey said the township is required to develop what is known as a resource building at the site, but there is nothing which would prevent that building from being privately constructed.

“That would be a win-win,” said Ducey, who said the township is envisioning a restaurant open to the public with the possibility of a room that could double as a banquet facility.

Since the restaurant would be located on public land that was purchased with Green Acres funding, there would also be the opportunity for a liquor license to come directly from the state, rather than using one of the township’s available licenses, Ducey said.

The restaurant building would double as the resource center, which would include bathroom facilities.

The park and marina were acquired by the township in 2004 after area environmental organizations and the township council, at the time, successfully fought a plan by Paramount Homes to build 52 condominium units at the site. Since then, millions of dollars in grant funding has flowed toward developing the park and rehabilitating the derelict marina, though township taxpayers have also contributed millions of dollars to the project and now must maintain it. Though the sale of marina slips should eventually begin to cover the site’s operating expenses, Ducey said township officials are hopeful money can be generated by the site.

“As long as we can make more than what it costs us to operate it each year, it makes sense,” said Ducey.