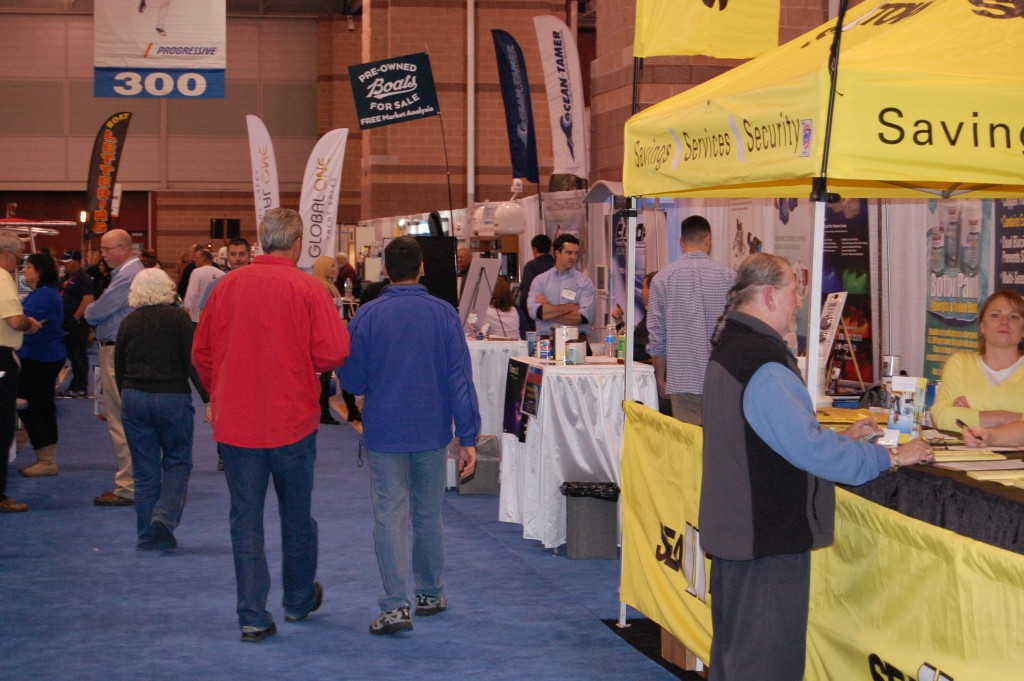 In the years since the 2008 mortgage crisis struck the nation – followed by Superstorm Sandy in 2012 – the marine industry suffered some of the most traumatic losses of any portion of the Jersey Shore economy.

When belts tighten, expensive hobbies like boating are often first on the chopping block. Combine that with high fuel prices and coastal residents facing recovery expenses from a hurricane, and boating quickly becomes a luxury many middle class families could not afford. But signs of recovery for the industry began to line up in 2014, and two months in, 2015 is looking to be a banner year, business owners told Shorebeat at this year’s Atlantic City International Power Boat Show, which began Wednesday and lasts through Sunday.

“I think what we’re seeing is people getting back into boating,” said Paul Zamoyta, owner of Coastal Boat Sales. The dealership sells Tidewater center console boats, and this year moved from Princeton Avenue to the Lightning Jack’s facility on Route 70. 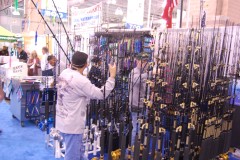 “I think Sandy purged a lot of that proverbial ‘dead wood’ out there,” said Zamoyta, meaning large, gas-guzzling boats that often sat tied up at marinas. “The individual who got hit and said, ‘I’m never going to get back into boating,’ well, time heals all wounds. That individual is coming back and saying, ‘well, maybe I do want to get back into boating, but I’ll downsize a little.'”

With interest rates low and fuel prices at their lowest level in years, consumer confidence seems to be on the rise, Zamoyta said, buoyed by an upcoming presidential election year in 2016 that often produces a relatively stable economy in the short-term.

“The sales are definitely better than they were in years past,” said Kevin Curtis of Statewide Marine Services, a boat dealership on Route 35 in Brick’s barrier island section that has yet to reopen since Sandy. The business has been operating out of Key Harbor Marina in Waretown, which it also owns.

Lower fuel prices are “a bonus,” Curtis said, with better sales coming as a product of a better economy as a whole and low interest rates.

“I think most people who are buying boats have succumbed to the fact that the whole sport is an expensive sport,” he said. 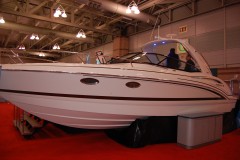 In the marina in Waretown, slips are between 85 and 90 percent full for the 2015 season already.

After returning to near-normal sales and slip rental numbers in 2014, likewise to her colleagues in the industry, 2015 will likely exceed past years’ sales at Green Cove Marina off Princeton Avenue, owner Karen Davidson said.

“I would call 2014 the recovery year after the hurricane, because 2013 was tough,” said Davidson, as families struggled to fit boating into their budgets as they were getting their lives back together after Sandy. “We were back to almost normal numbers last year, and this year we’ve surpassed what our normal numbers were.”

Green Cove, operated by the Davidson family since 1973, is one of the township’s larger marinas, offering a swimming pool, picnic area and features such as behind-slip parking. Green Cove is also a dealer of SouthWind boats.

“People are back in the water,” Davidson said.