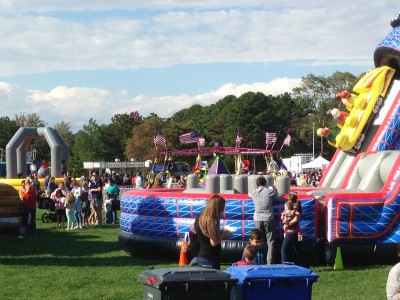 On one of the coldest nights so far this winter, Brick officials were thinking summer – and fall.

The township council, at its meeting Tuesday night, approved several resolutions which will reshape Brick’s “Summerfest” and “Bricktoberfest” celebrations in 2015.

Summerfest, Mayor John Ducey said, will be held every Thursday in July this year instead of scattered dates throughout the summer. Ducey said the decision to change the schedule came after some residents expressed confusion as to which weeks Summerfest events were being held.


The council approved a $29,650 contract for entertainment and production services for next year’s Summerfest concert series, which will feature four bands performing at the band shell at Windward Beach Park. La Guardia Associates, based in Cedar Grove, Essex County, will provide booking services as well as technical services for the township.

The bands that are scheduled to play at the 2015 Summerfest series are: The Amish Outlaws, The Bronx Wanderers, The Infernos and The Time Machine. Summerfest will also include a car show on its final Thursday.

A beer and wine garden, which was added in 2014, will return this year, Ducey said. It will likely be repositioned so it is closer to the food area. Another change from last year that will carry over into 2015 is the process for obtaining food vendors. Prospective vendors will bid on the opportunity to sell at the events. Previously, the food at Summerfest was sold by various township organizations as a fund-raiser.

Summerfest, which is free to attendees, is primarily funded through corporate sponsorships.

The council also voted on Tuesday night to seek bids for food truck concessions and amusement rides for its “Bricktoberfest” celebration. The first Bricktoberfest event was held in October 2014 and cost the township about $13,000. This year, township officials say they would like to turn the event into a revenue generator.

To attract more people, live entertainment will be added to the event. There will also be a wider array of activities for additional age groups, including senior citizens, and amusement rides for children will be made more affordable with the offering of “pay one price” wristbands. Feedback from some parents indicated that many people viewed the price of rides as being too high last year.

“The rides were a little pricey last year,” said Council President Paul Mummolo. “I brought my grandchildren and it cost a small fortune.”

Joanne Bergin, the township’s business administrator, said staffing changes will be made to Bricktoberfest this year – specifically, requiring fewer township employees to be present at the event.

“We would like this to generate revenue for us,” she said.