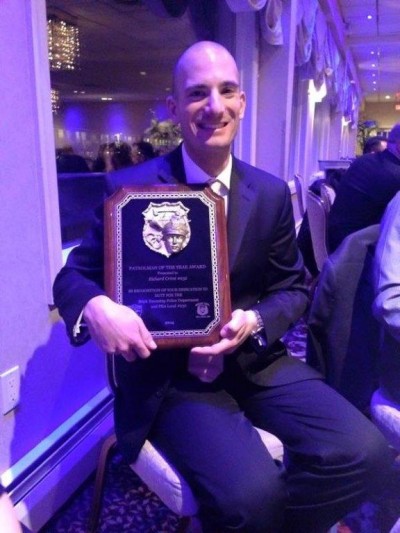 Ptl. Richard Crimi with his Police Officer of the Year Award.

Each year at the dinner, the PBA honors a number of officers with annual awards noting special accomplishments they’ve earned through their work over the previous year. Civilians are recognized for their contributions to the community.

Two of the police department’s most prestigious awards are Officer of the Year and the Lt. Thomas McNelis Leadership Award.


Patrolman Richard Crimi was named Officer of the Year for his overall performance for the year, said Sgt. Neal Pedersen. Criteria for the award includes the officer’s knowledge of the law, and acts or achievements that have brought acclaim to themselves, the department, the police profession, and the PBA. 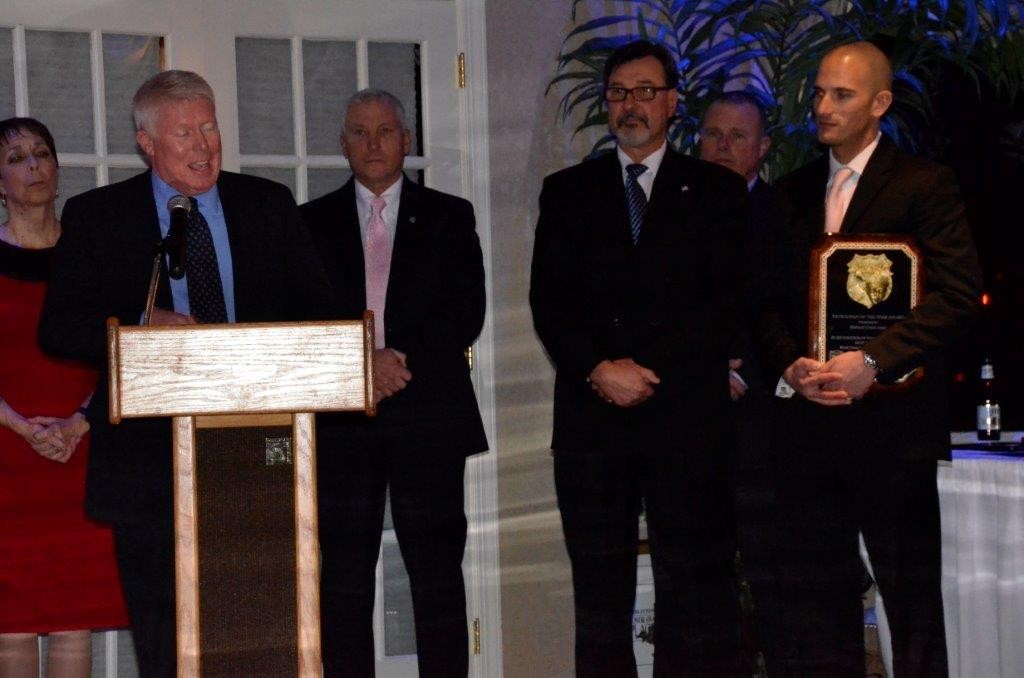 The McNelis award was given to Detective Jason Shepherd for his leadership in a specialty division within the Detective Bureau.  “Shepherh’s dedication and performance during the past year has brought public acclaim to themselves, the department, the police profession, and the PBA,” said Pederson. 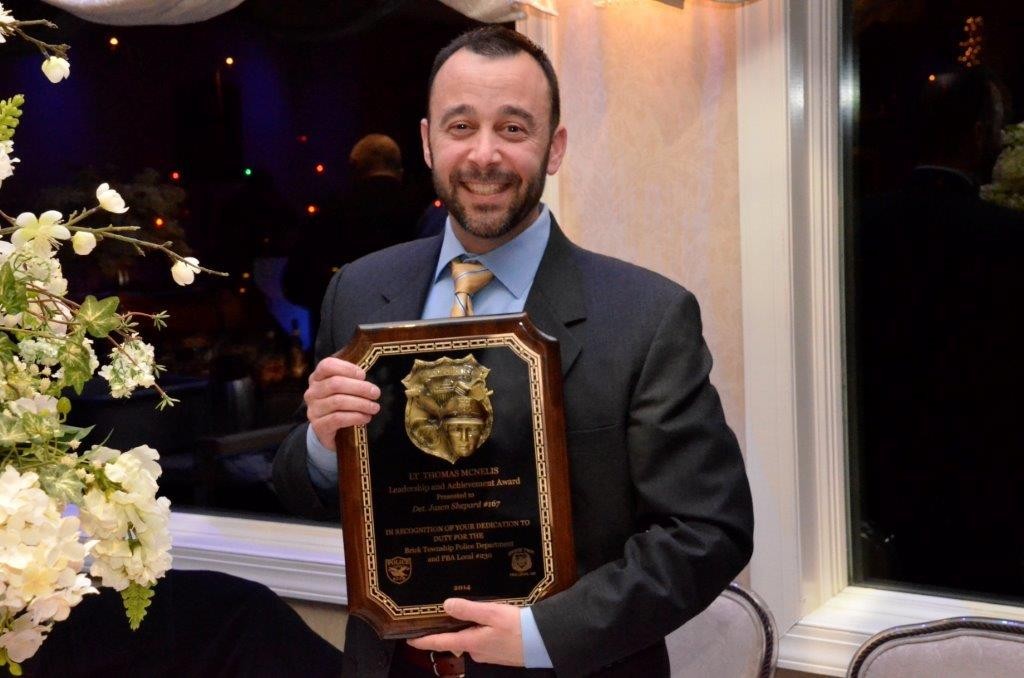 Heather Palmeri, Dana Quigley, Roberta Lynn Demarco and Joy Dalton received Civilian Awards from the PBA. The Civilian Award is given to civilians who, by their actions, has on a continuous basis shown their support to the P.B.A and its members.

“The Brick Township Police Department is honored to be supported by such great officers and outstanding members of the community that we proudly serve,” Pedersen said. 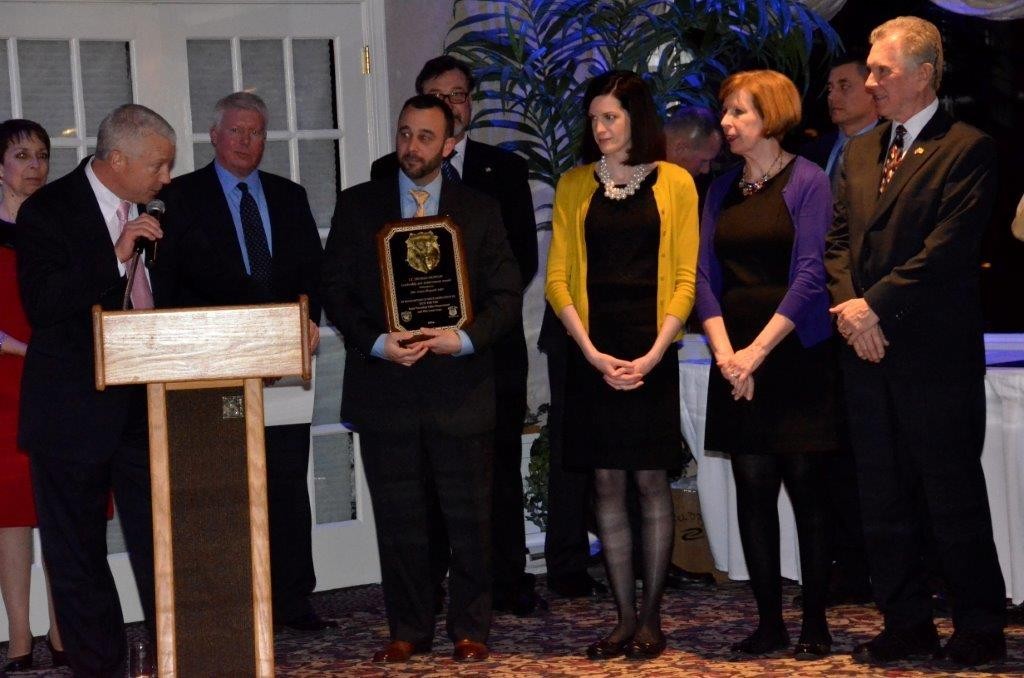