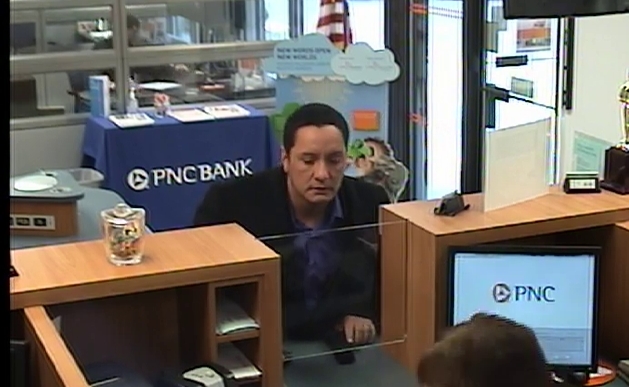 Toms River police are on the hunt for a bank robber who they say pulled a gun on a teller at a PNC Bank branch in Toms River. 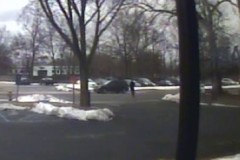 He then displayed a black semiautomatic handgun and demanded money, according to police spokesman Ralph Stocco.  After taking an undetermined amount of cash he fled out of the main doors, entered a small, black sports utility vehicle with light window tint and fled east on Route 37.

The vehicle had out of state license plates, Stocco said.

The man suspected is being described as standing between 5’7” and 5’8” tall, with black hair and wearing a button down blue shirt under his coat. He is also wearing a large ring on his left hand.

Anyone with information should contact Detective Thomas Grosse at 732-349-0150, extension 1263. Grosse is being assisted by The Federal Bureau of Investigation and Ocean County Sheriff’s Department Crime Scene Unit in his investigation, Stocco said.