How Do Brick’s Local Hospitals Rate? 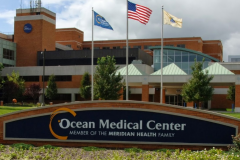 Hospitals in the Brick area received a mixed bag of ratings in a survey released this week by The Leapfrog Group, a voluntary program founded in 1988 that advocates for transparency and easier access to healthcare information.

The group’s Hospital Survey Report examined data from hospitals across the United States, including several in the Ocean and Monmouth County area, and reported the results in numerous categories, including whether intensive care units are staffed by specialized doctors, whether the hospital uses safe practices throughout a facility and the rate at which patients come down with hospital-acquired medical conditions.

Ocean Medical Center, located in Brick, scored well in a number of generalized categories, but underperformed in the area of hospital-acquired conditions and the length of stay for certain conditions.


According to the report, Ocean Medical Center scored highly for the percentage of medication ordered through a computer system to ensure accuracy; the hospital has a fully implemented system for doing so and, in 2014, 50 to 74 percent of medications were ordered through it. The hospital also scored highly for having specialized physicians treat patients in the intensive care unit, and received the maximum high score for the numerous steps staff take to “avoid harm,” including training and staffing levels, handwashing techniques and ventilator precautions. Likewise, the hospital managed serious errors well, when they occurred.

For high risk conditions, Ocean Medical Center was ranked among those hospitals where patients suffering an abnormal aortic aneurism had their best chance of surviving; 97.6 percent of patients survived.

In the category of hospital-acquired conditions, Ocean Medical Center had 6 central line associated bloodstream infections out of 2,402 central line days, the report said, giving the hospital a ranking of 2.5 standardized infection ratio (SIR), where a score of 1 or lower is targeted. The national average is 1.4801. Similarly, the 2.28 SIR for catheter-associated urinary tract infections was higher than the national average of 1.2656. For each 1,000 patients discharged from the hospital in 2014, 0.08 had a pressure ulcer, and 0.38 had a hospital acquired injury.

“This report also provides a call to action for hospitals, who must continue to work toward better and more consistent surgical outcomes,” said said Leah Binder, president and CEO of Leapfrog.

For more information on Ocean Medical Center’s results, plus the results of other hospitals in the Brick area, visit the Leapfrog website.