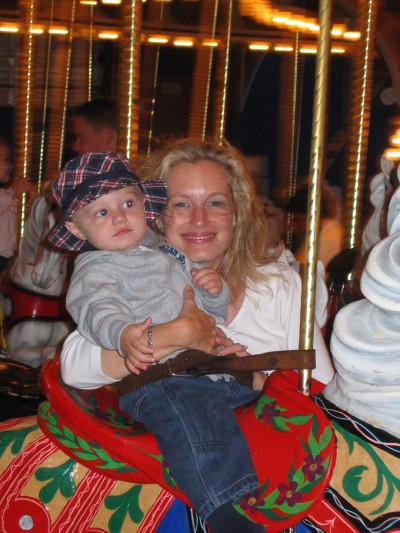 It rests precariously on the edge of the countertop, the brightly colored flyer proclaiming “Transition!” in bold letters, urging me to read it and ignore the dinner I’m supposed to be preparing. I toss it into a pile I actually have a prayer of looking at later and return to my prep for potato-chip chicken (I know, worst mom ever, but it’s delish!) I have more mundane matters to attend to right now, like trying to remember where I put the ketchup when I began this endeavor. It will be hours before I return to this invitation, but return to it I will.

My son is almost twelve, will be officially “in transition” in two years. For a planner like me, I know I have to read that paper.

This is not the first missive I’ve received either through the mail or electronically on this topic, but until today I’ve either ignored the emails or tossed the info, deeming it too soon to delve into this arena of Justin’s impending life that I admit I find completely intimidating. I know it’s still early, and that I have wonderful resources at my disposal.


Justin is in an exemplary private school for autism, and I’ve been assured they will do whatever they can to make certain my son is engaged in some productive activity after he graduates at twenty-one. I have friends with adult children who have already passed that “legal to drink” mark, and I know they’ll help me the best they can. There are also a myriad of agencies in New Jersey with fabulous workshops for me to attend in the future, all of which I’m sure will guide me well. But the real conundrum for me is a question only Justin can answer, and I’m not sure he’ll be able

What does my boy want to do with his life?

The truth is college, career, and independent living are not in the cards for my son. He can nod “yes” or “no” to uncomplicated questions, and make simple requests on his iPad for items he wants. At some point however I’m going to want his input, and I just don’t think I’ll get it, although I never truly thought he’d speak and at age eleven he now has a few words. I do have a dream for him- that he’ll live on a farm, work the land a few hours a day in some capacity, and have access to horses for frequent riding.

But honestly, I really have no idea if this is what he wants to do. His main activities to date are playing DVDs on his player, engaging in some computer games, and occasionally watching a movie with his mom and brother. He likes a brief daily outing, but mostly he likes to be at home, and by home I mean inside the confines of our house.

Lately, as I’ve been talking to friends in a similar boat, it’s struck me that I will probably be making all the decisions regarding the last sixty years of his life for him. It’s a huge responsibility, one I hope I get right.

As I write my thoughts it also strikes me that I will have to figure out a balance for him, a life comprised of work he may not want to do, coupled with his leisure pastimes which he would engage in all day if we let him. I take a deep breath as I put that mimeographed missive in the “done” pile and walk away, realizing it really is too soon to plan.

The autism landscape is thankfully changing quickly. I simply cannot anticipate what Justin’s options will be in nine years, and more importantly, I can’t know what Justin himself will be like in less than a decade. All I can do is continue to do my best by him, and hope.

And I’m going to hope too that somehow, in his way, he’ll let me know if he’s happy.