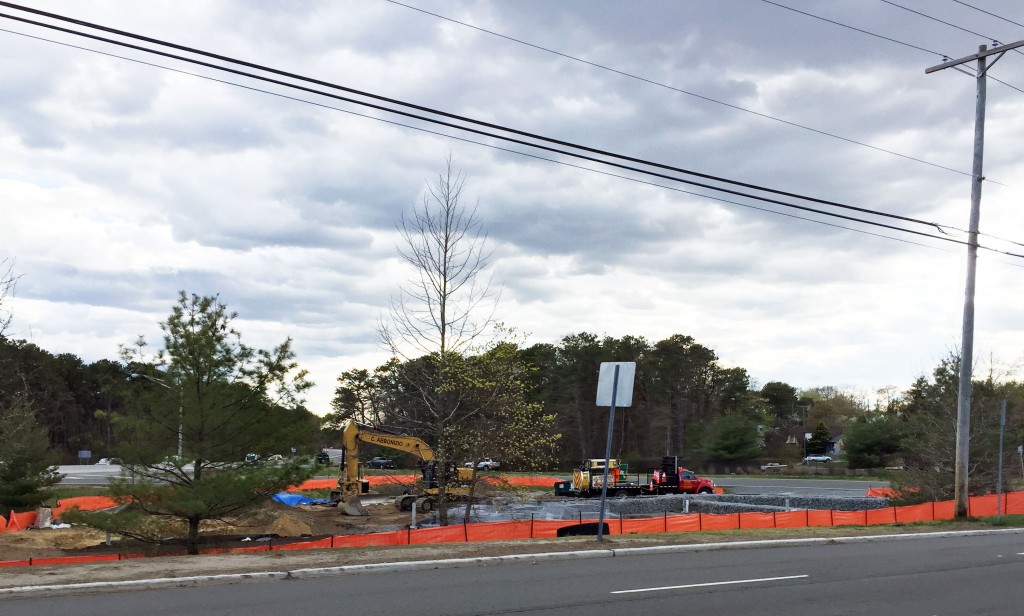 A drainage basin at Route 70 and Herbertsville Road in Brick under retrofitting construction. (Photo: Daniel Nee)

Brick motorists, over the past several weeks, have no doubt seen significant work being performed at two drainage basins along Route 70. The work, being performed at the highway’s intersections with Herbertsville and Burnt Tavern roads, is aimed at protecting wetlands and the Barnegat Bay watershed, state officials told Shorebeat this week.

Interestingly, the funding for the projects was included in a larger, $7.2 million appropriation for environmental protection work being performed as part of the Manahawkin Bay Bridge construction project. That project includes work in and around the causeway linking Manahawkin with Long Beach Island, but also included the smaller components in Brick.

“The basins on Route 70 are being retrofitted with subsurface gravel wetlands,” said Kevin Israel, public information officer for the state Department of Transportation.


According to state planning documents, the gravel subsurface will bring the basins into compliance with state regulations on stormwater mamagement, and ultimately help protect the watersheds of Barnegat Bay and the Manasquan River. Environmental advocates have long warned that runoff from highways can seep into waterways if it is not properly filtered. The gravel will provide a natural filtration system that will help remove pollutants before they seep into the ground and, ultimately, make their way to the bay and river.