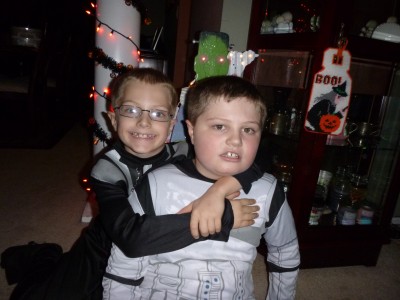 Today is World Autism Awareness Day, and this is the time of year I tend to take stock of the McCafferty clan, and also look back on past years to see what I’ve written about. In former years I’ve penned blogs about amazing autism advocates in our community, written about my eldest son’s burgeoning awareness in the world, and about moving from awareness to acceptance. Yet I realized as I look back at the last few years I’ve neglected someone.

My littlest love, to be exact.

Second grade has been a pivotal year for Zach, one in which he has become more aware both of autism’s limitations and its gifts. This year he has stood up for himself and staunchly denied that autism is a “boo-boo on the brain” to a fellow sibling autism support group friend. He has used autism as an excuse to get out of homework (he was denied.) He has also made the connection that he is a great reader most likely due to autism, specifically the hyperlexia we believe he has, that enabled him to start reading at the tender age of three.

We told Zach he had a little autism (compared to his older brother who has a lot) over a year ago, and for months afterwards I expected to have more dialogue with him about it. The truth is he’s only just begun asking questions about his life, which I won’t share here.


But it is abundantly clear that he is aware of his autism, and his differences.

I agonized over whether or not it was the right time to tell him a little over a year ago. But divulging my son’s disorder to him occurred when he asked me if he had autism too, and it seemed the perfect moment to discuss it. At the time we talked about the challenges and “bonuses” autism brought to him; the former of which makes it difficult to focus sometimes, the latter of which I believe has gifted him both with a superb memory for facts and of course his amazing reading abilities. Later that night he hugged and kissed me and went to sleep, business as usual, no more conversation required.

So far, he seems at peace with his diagnosis. My son is proud of who he is. And for his awareness, and most importantly, his acceptance, I am eternally grateful.