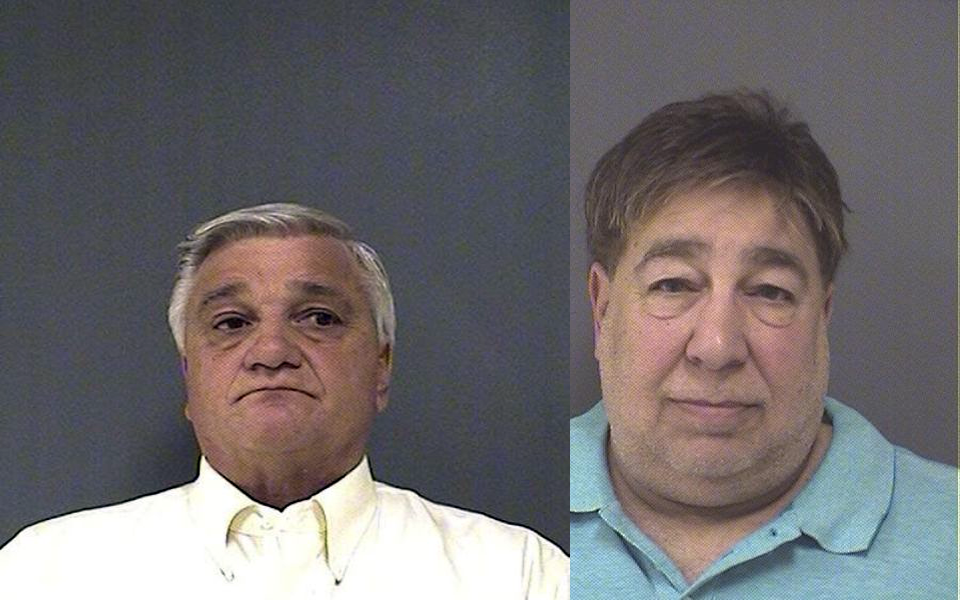 Brick schools superintendent Walter Uszenski engineered a plan along with his daughter and the district’s former Interim Director of Special Services to provide his grandchild with full-time daycare and transportation at the district’s expense, Ocean County Prosecutor Joseph D. Coronato announced Thursday.

Uszenski was taken Thursday into custody along with his daughter, Jacqueline Halsey and the former Special Services Director, Andrew Morgan. All face charges of theft by deception; Uszenski and Morgan face charges of official misconduct.

According to prosecutors, Morgan, who became the Interim Director of Special Services for the Brick public school district in July of 2013, engineered a plan to provide Halsey’s preschool-aged child with full time day care and transportation at the school district’s expense by falsely claiming that the program and services were “educationally appropriate and necessary.”


The investigation, a statement from the prosecutor’s office said, revealed that Halsey initiated and approved the improper request and that both Morgan and Uszenski, the superintendent, executed the necessary approvals required for the Brick Board of Education to fund the program and related services.

The amount of fraudulent benefits conferred is believed to be nearly $40,000.

Morgan initially was hired by the Board of Education, at the request and recommendation of Uszenski, to conduct an “audit” of the Brick schools special services section in March 2013. Uszenski and Morgan knew each other and had worked together before that time, the statement said.

The $17,499 “audit,” which is approximately seven pages in length, was critical of the job performance of the director of special services. Morgan was paid more than $83 per hour for 209 hours to prepare and write the audit, which also advocated saving the district money by providing services to special needs students in-district rather than sending those students out of district and paying private tuition.  As a result of the audit, Uszenski recommended Morgan to the Board of Education to become the Interim Director of Special Services.

The school board hired Morgan for that position, but it is alleged that the audit was a pretense to position Morgan as the director of the special services section. He began serving on July 1, 2013, and one of his first official acts was to engineer a fraudulent plan for Halsey’s child, who is also Uszenski’s grandchild, to receive unnecessary services and transportation at taxpayer’s expense, prosecutors allege.

The investigation also revealed that Morgan submitted false information in his application for employment with the Brick Board of Education.

Uszenski was taken into custody shortly after 9 a.m. Thursday at the Brick Board of Education Administrative Office. Morgan, accompanied by his attorney, William Strazza, turned himself into Ocean County Prosecutor Investigators at noon. Halsey was served her complaint summons at her home this morning.

Halsey was released on her own recognizance.

Uszenski was hired as superintendent in 2012, replacing Walter Hrycenko. His contract runs through the 2015-16 school year at a salary of $177,500 plus performance bonuses. A message was left with Board of Education President Sharon Cantillo seeking comment on whether the board will take any action on Uszenski’s employment, or who – if anyone – will be appointed acting superintendent while the charges pend.