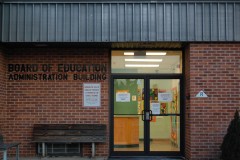 Applicants who submitted resumes to apply for a vacant seat on the Brick Township Board of Education will have a chance to make their case to the six remaining board members on Monday.

The applicants will be considered to fill the seat left open after board member John Talty submitted his resignation to focus on his recovery from open heart surgery. Talty, last week, requested the board rescind his resignation after his recovery went well, but three board members – Frank Pannucci, Jr., Michael Conti and John Barton – voted against allowing him to return. The three other board members – Sharon Cantillo, Karyn Cusanelli and Susan Suter – voted in favor of rescinding the resignation, but the tie vote meant the measure failed.

Applicants had until June 1 to submit resumes to be considered for the seat. Talty, if he applied, may be one of the applicants. If four board members vote in favor of appointing one of the applicants, he or she would serve until the November general election, when voters will choose a candidate to fill the remainder of Talty’s term. If the board cannot agree on a new member to appoint, the Ocean County Superintendent of Schools will review the resumes and select one of the applicants to serve.

The failure to allow Talty to return to the board has created a situation where a fourth seat – and, thus, the majority – on the board will be up for grabs in November. Though school board elections are technically nonpartisan, it is common for political parties to sponsor a slate of loyal candidates to run together on a ticket. Sources tell Shorebeat the township’s Republican organization will be running a slate of candidates this year; it is not known if the Democrats plan to run any candidates.

The board majority wields significant monetary power, including the authority to appoint firms and individuals who receive millions of dollars worth of professional services contracts over the course of a three-year term. The most recent majority, prior to Talty’s resignation, was made up of a ticket that had not been tied to either party organization.

Two board members, Pannucci and Conti, are running as Republicans for seats on the township council this year. Their seats, as well as the seat currently held by Suter, plus Talty’s seat, will be up for grabs in November.

The interviews will be held at a special meeting Monday, June 8 at 6:30 p.m. in the Technology Training Center. The TTC is connected to the central administration offices on Hendrickson Avenue.