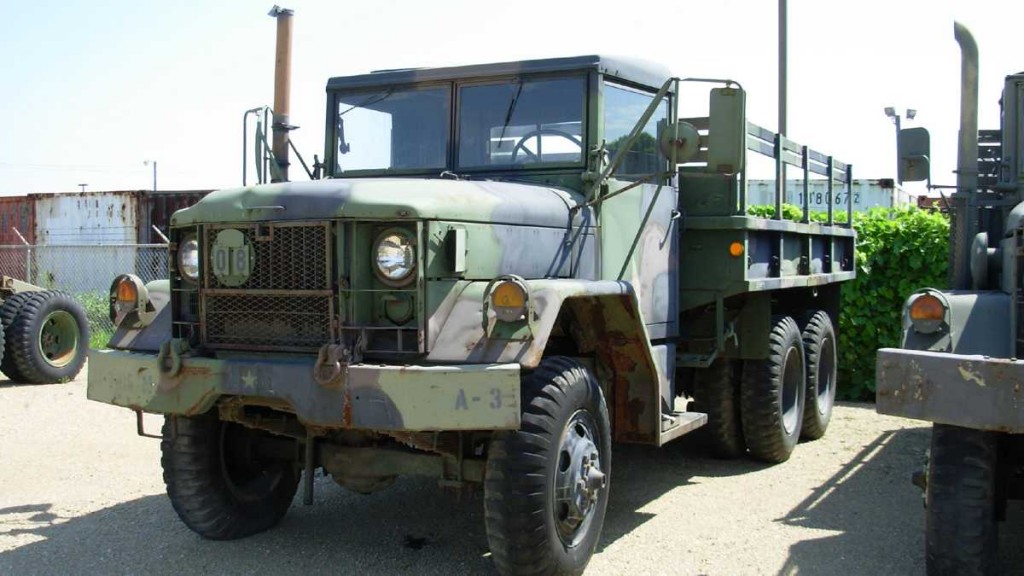 A ‘deuce and a half’ 2.5 ton cargo, siimlar to those obtained by Brick Township for emergency evacuations. (Photo Credit: Wikimedia Commons)

With the announcement by President Barack Obama last month that his administration would ban the transfer of certain types of surplus military equipment to local police departments, the debate over whether cities such as Brick should be eligible to receive such equipment has been reignited.

Across America, police departments have said they need the equipment in case they are faced with an active shooter or a dangerous hostage situation, while others have argued that police officers should not have easy access to armored vehicles, grenade launchers and bayonets – the equipment banned for transfer by Obama – since such equipment could escalate a tense standoff.

In Brick, however, transfers of ex-military equipment have been relatively light on firepower and heavy on assets to assist in an emergency response. Under the so-called “1033” program in which the equipment is transferred, Brick’s police department received six rifles that take 5.56 millimeter ammunition, all in 2008. The vast majority of equipment has been more mundane, and usually utilitarian.

The equipment, especially the cargo trucks, were used during Superstorm Sandy to help evacuated residents out of flooded neighborhoods.

Had the township not received the equipment under the 1033 program, it would have cost taxpayers $701,577, Ducey said.

Last month, the township council unanimously voted in favor of authorizing officials to continue receiving equipment under the 1033 program, complying with a law signed by Gov. Chris Christie in March that requires police agencies to obtain such permission before applying to receive equipment. That state regulation is imposed in addition to the Obama administration’s new federal rules, which require police departments that receive explosives and riot equipment to certify that the items will be used responsibly.

“We’ve seen how militarized gear can sometimes give people the feeling like there’s an occupying force as opposed to a force that’s part of the community,” Obama said at an event in Camden when he detailed the ban on some equipment, and the new rules for other equipment, May 18.

With its plethora of civilian-oriented equipment, however, Brick’s first responders have been the go-to group of people who are called when emergencies strike in other communities around the state.

According to Ducey, Brick’s first responders assisted in the evacuation of more than 100 people from an adult community in Howell due to flooding, and have responded to other emergencies as far away as Fairfield, Essex County.