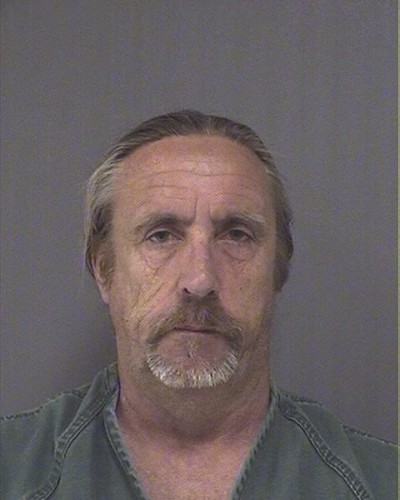 Brick police have arrested a man who they say hit a stopped police car while drunk, then fled the scene of the accident.

Shannon Cox, 50, of Seaside Heights, was taken to the Ocean County jail after being apprehended several blocks from the scene, said Sgt. Neal Pedersen.

The incident occurred Thursday at 9:30 p.m., when Patrolman Paul Catalina stopped a motorcycle for a motor vehicle violation in the southbound lanes of Brick Boulevard near Pine Tree Drive. He was assisted on the stop by Sgt. Ruocco and Patrolman Person.


While police units were on the shoulder of the roadway, Person’s police car was struck by an approaching vehicle that was traveling southbound on Brick Blvd., Peersen said. The vehicle kept going after striking the patrol car and made a right turn onto Lake Shore Way, traveling the wrong direction on the one way street toward Lake Shore Drive, Pedersen said.

Ruocco and Patrolman Catalina were able to stop the suspect vehicle on Lake Shore Drive. The Driver was identified as Cox.

Officers on scene determined that Cox was driving while intoxicated; he was arrested without incident, Pedersen said.

The vehicle was impounded and Cox was charged with driving while intoxicated, assault by auto, failure to change lanes for an emergency vehicle, traveling the wrong direction on a one way street and leaving the scene of an accident with personal injury, among other violations.