Brick Township High School Getting $5.7M In Upgrades This Summer 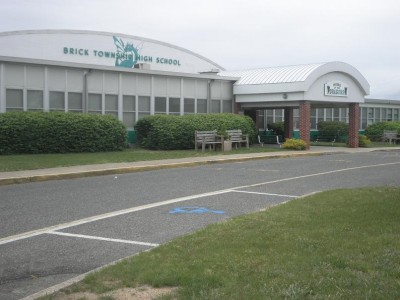 Electrical lines and boilers in Brick Township High School have never been upgraded since the school was built in 1956 – until now.

The school is undergoing a $5.7 million construction project this summer, the latest portion of an overall $11 million improvement plan for the school.

“It’s really a major, major project,” said Board of Education President Sharon Cantillo, so major that it required electricity and other utilities to be cut for most of the summer season, she explained.


The project includes the installation of two new boilers, new ventilators in every classroom that will provide both heat and – for the first time in the school’s history – air conditioning, as well as a complete electrical upgrade and a new control system that will help the district save on the cost of energy.

“There’s a west and an east boiler, and the age of them averaged 48 years,” said Walter Campbell, a former Board of Education member who – until recent political wrangling – had been serving as a volunteer member of the district’s Facilities Committee. Campbell and fellow volunteer John Hyfantis put in significant hours going over energy conservation measures and budgeting documents to avoid a more costly referendum and capital outlay to pay for the work.

The electrical upgrades include all new wiring for both safety and utility purposes and the replacement of 5 kilovolt electrical lines with 12 kilovolt lines.

“With what they’re doing with technology, the old electrical wiring would never have supported the infrastructure,” Cantillo said.

The new cast-aluminum condensing boilers will be “state of the art,” said Campbell. “They take up a lot less space, and if something goes wrong with one of them, you take it offline and roll another one in. They fit through the doorway.”

The school east gymnasium will have two malfunctioning wall-mounted heating units replaced, the library will receive a new air handler and Cafeteria Three will be fitted with a new roof-mounted unit to provide air conditioning.

The entire system will be electronically controlled, with each classroom having its own thermostat with the option to have the climate centrally controlled from administrative offices.

“We have some old digital pneumatic controls, but half of them don’t work,” Campbell said.

In addition to the Brick Township High School project, Brick Memorial High School will receive a new chiller and its gymnasium will receive a dehumidification system. Most of the other schools in the district will have their windows replaced for both security and energy saving purposes.

“This project has been a long time coming,” Cantillo said.