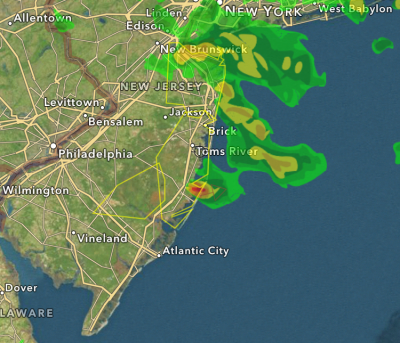 A flood advisory has been issued for much of southern New Jersey, including Ocean County, as scattered thunderstorms will be capable of producing heavy rain that could lead to flash flooding in affected areas, the National Weather Service said.

The flood watch is presently in effect until 5:15 p.m., but may be extended.

The afternoon thunderstorms will mostly exit the area after 3 p.m., but more storms are expected after 8 p.m. tonight, according to the NWS’s office in Mount Holly. The thunderstorms will give way to cloudy skies and patchy fog after 2 a.m. There is a 60 percent chance of rain Tuesday night.


Wednesday will be mostly cloudy, the forecast says, with a 50 percent chance of showers and thunderstorms and a high of 83 degrees.

The sun will return Thursday with a high near 78.