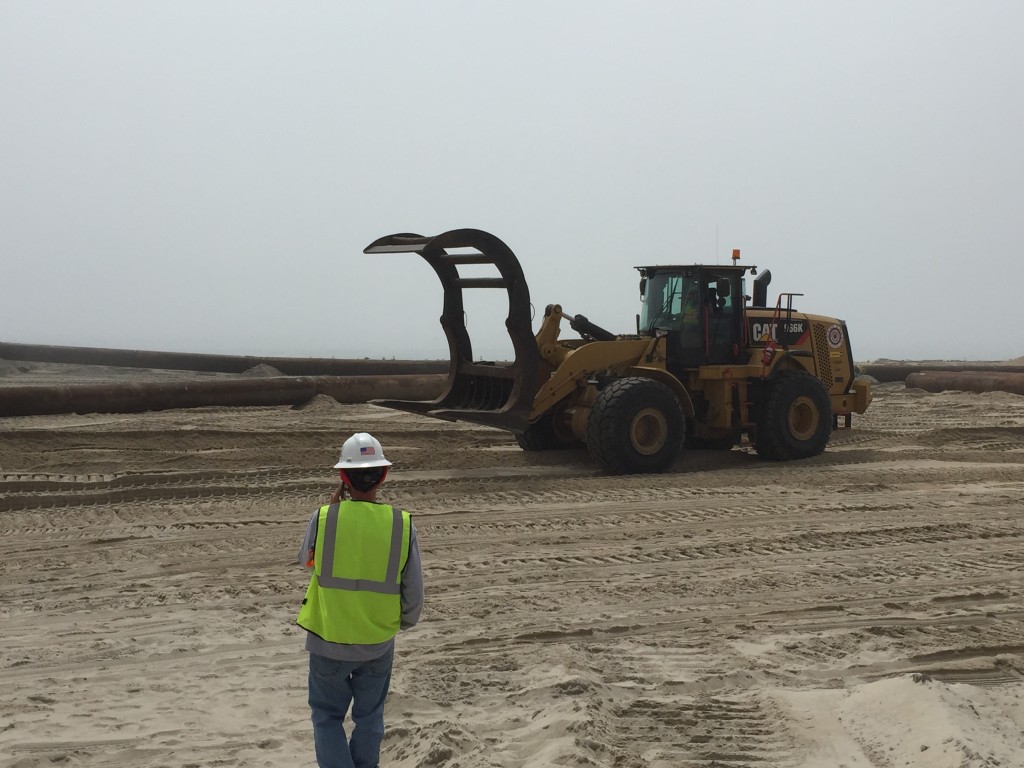 Jersey Shore communities will have to bear another hurricane season and winter without proper protection from coastal storms, with a federal beach replenishment project pushed back again – this time until at least spring 2016, a local official said.

Toms River Councilman George Wittmann said he and other local officials have been in contact with the New Jersey Department of Environmental Protection which notified them that the U.S. Army Corps of Engineers expects the project to replenish beaches and build 22 foot-high dunes between Manasquan and Barnegat inlets will not be advertised for bids until the end of 2015. Construction work would not start until spring 2016 at the earliest.

“The state anticipates that the contract will take 600 days from the award” until completion, Wittmann said.


The project was initially supposed to have started already, but legal challenges from a group of Bay Head homeowners plus the owners of Jenkinson’s in Point Pleasant Beach have held it up. Those challenging the project have refused to sign easements allowing dunes to be built on slivers of sand they privately own, arguing that allowing the government to access their land could lead to obligations for public access or other uses. Documentation given to homeowners to sign specifies the easements can only be used for dune construction, but that has not settled their concerns. Earlier this year, former Superior Court Judge Vincent J. Grasso ruled the state must use its traditional eminent domain process to condemn and take the easements instead of the streamlined process that was used by way of the state’s Disaster Control Act.

Wittmann said due to the court ruling, all local municipalities are involved in a survey and appraisal process, conforming to the traditional eminent domain method.

The DEP, Wittmann said, also told officials the idea of splitting the beach replenishment project into separate phases is currently off the table. In May, DEP Commissioner Bob Martin said the state would ask the federal government to award contracts to replenish beaches and build dunes in municipalities such as Brick and Toms River where most easements were in hand and temporarily skip Bay Head and Point Pleasant Beach while the legal issues were sorted out. A similar, phased effort was used in Long Beach Island as municipalities settled easement disputes at varying times.

“The way the bill was funded by Congress prevents it from being done in sections like Long Beach Island,” Wittmann told Shorebeat.

“The state, to their credit, has requested that due to the amount of outstanding easements and because of their locations within the project, that Bay Head and Point Pleasant Beach sections be added to the contract as ‘options,'” he said. “This means that once the state has acquired all the necessary real estate from Mantoloking south to Berkeley, the state will request the Army Corps put the contract out to bid with the main work being Mantoloking through Berkeley, and Bay Head and Point Pleasant Beach being options that can be awarded to the contractor during the course of construction.”

Beaches in Mantoloking, Brick and Toms River are widely considered to have suffered the most damage during Superstorm Sandy in 2012. Brick has spent hundreds of thousands of dollars building up temporary berms to protect the integrity of the barrier island during nor’easters, and recently spent $80,000 to truck in sand to cover a steel sea wall revetment that led to a dangerous drop at the oceanfront. The sea wall was supposed to have already been covered by the dunes planned in the federal project.