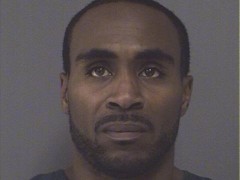 A jury in Ocean County found a man guilty of numerous drug distribution charges over a drug deal that took place in a Brick Township gas station in 2013 that caught the eye of Brick police detectives in the area.

The incident dates back to April 29, 2013 at the Shell gas station located on Lanes Mill Road.


Brick police detectives Shepherd, Lash and Detective Sgt. Forrester from the department’s Drug Enforcement Unit testified that they were conducting surveillance at the Wawa located on the corner of Lanes Mill Road and Burnt Tavern Road when they saw a BMW with two occupants. The BMW stayed in the parking lot for approximately 10 minutes without either occupant ever going inside. The occupants were said to have been on the phone and looking around, then exited the Wawa traveling to the Dunkin Donuts parking lot across the street.

The detectives followed the BMW and watched as it traveled through the Dunkin Donuts parking lot and immediately exited, making a right back onto Lanes Mill Road and making a right into the Shell gas station, which is located within 500 feet of Bernard Cooke Memorial Park in Brick Township.

Once inside the gas station parking lot, the BMW parked at a closed gas pump right behind a Lincoln, authorities said. The driver exited the BMW and entered the rear driver’s side for approximately 30 seconds and then got back inside the BMW. Detectives Shepherd and Lash approached the BMW while Forrester approached the Lincoln. The defendant was in the front passenger seat of the Lincoln and when Detective Sergeant Forrester approached, the defendant had $230 in his hands after giving $20 to the gas station attendant.

“The defendant said the person that just entered the Lincoln was just an ‘old friend’ who happened to see him at the gas station and came in to say ‘hi,'” the county prosecutor’s office said in a statement.

Henderson told police that he never scheduled the meeting between himself and the other party, according to prosecutors, however the driver of the BMW gave a conflicting story as to who he had just met with in the Lincoln and as a result, Shepherd asked him to get out of the BMW.

Once he got out, all three detectives noticed a bulge in his waistband that, based on their training and experience, they believed to be a brick of heroin. The driver was subsequently placed under arrest, but he was not cooperative and a struggle ensued. After the struggle, a brick of heroin fell out of the left leg of his pants. Both the driver and passenger of the BMW confirmed that they went to the Wawa and ultimately, the Shell gas station to purchase a brick of heroin from the defendant for $250, prosecutors said.