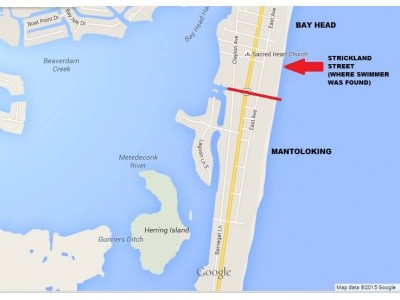 The 22-year-old Yonkers, N.Y. man who died in the surf Saturday drowned off a municipally-owned beach in Mantoloking that was not staffed with lifeguards.

The victim, John A. Crimmins, died while swimming at the Lyman Street beach in Mantoloking. Despite selling $12 seasonal beach badges and opening several streets for public access, Mantoloking does not provide lifeguards on its municipally-owned beaches.


The Ocean County Sheriff’s Department received a 911 call at 2:35 p.m.reporting the victim had disappeared while swimming. At approximately 3:08 p.m., the victim was located unresponsive in the surf by lifeguards from the Bay Head Improvement Association in the beach area at Strickland Avenue in Bay Head, said Al Della Fave, spokesman for the Ocean County Prosecutor’s Office.

Crimmins was pronounced dead at Ocean Medical Center in Brick.