Police: Man With Ebola-Like Symptoms in Lakewood Has Malaria 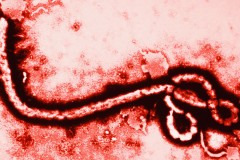 A man who recently returned to Lakewood from Africa and was experiencing symptoms commonly associated with the deadly Ebola virus actually has malaria, Shorebeat has learned.

Lakewood Police Chief Robert Lawson said, through a spokesperson, that the 66-year-old man who was taken to the hospital with high fever and vomiting does not have Ebola. Lawson said the man had returned from Nigeria, which is not one of the African countries still combating Ebola.

Malaria, unlike Ebola, is not communicable, Lawson said.


“The public should not worry, and we’re praying that the gentleman has a speedy and complete recovery,” said Lawson.

According to The Lakewood Scoop website, the public became panicked when the man was hospitalized after vomiting. The website reported that a police officer who had contact with the man was in the Coventry Square housing complex on an unrelated call when the Ebola-like symptoms were discovered, prompting police to shut down that entire area.

Though the Ebola outbreak in west Africa has lessened in numbers in recent months, the virus is still present in Liberia, Sierra Leone and Guinea, according to the World Health Organization. Nigeria was affected by the outbreak last year but is now considered to be Ebola-free. The WHO estimates 11,261 people have died in the outbreak out of 27,609 total cases.