A developer formally proposed a 103 room hotel, 66 apartments and 39,475 square feet of retail space for the triangular plot of land between Route 88, Jack Martin Boulevard and Burrsville Road to the Brick Township planning board Wednesday night.

The application before the board was met with several objecting attorneys and a number of residents who are opposed to the construction of the complex, but its developers say the proposal will benefit the township and come with improvements to Brick’s water supply.


The application calls for access to be split between the hotel and the retail and apartment portions of the site. There would be an access location off Route 88 and two access locations from Burrsville.

“From a pedestrian standpoint, we’re proposing a new sidewalk from Route 88 to Burrsville Road,” and an interconnection to link each, said Gill Rivera, an engineer working on the project.

The hotel would feature a traditional drop-off area, plus a half basketball court as well as an outdoor plaza where guests could lounge. The developers will install a number of catch basins and rework the area’s stormwater management as well, plus plant 1,000 shrubs, 76 evergreen trees and “thousands” of perennials. 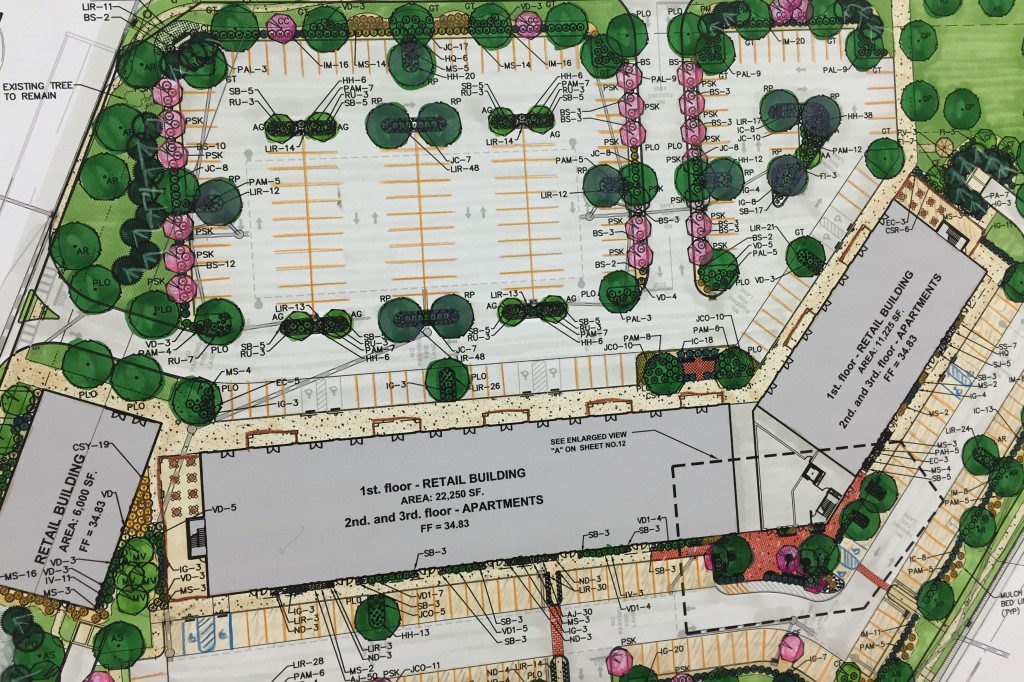 The residential portion of the project would consist of the 66 apartments, which will be marketed to “young professionals and empty nesters,” said Rivera.

“Typically, these are people who are not interested in home ownership,” he said, and do not have children who would be attending township schools.

Several attorneys have been hired by those who object to the project – some apparently representing competing hotel interests – included counsel for one man who claims he owns a portion of the land on which the complex will be built.

“Frankly, the application in our view, is a good application that will raise the value of the property,” said attorney Edward Liston, who is representing the property owner. “We just don’t think that the applicant should be able to use our property.”

Liston said his client, who was not identified by name, purchased a portion of land at the “point” of the triangle through a tax sale and foreclosure, though the planning board’s own attorney advised board members to hear testimony on the application anyway.

“I don’t think this board should get into a land dispute, if there is one,” Harold Hensel, the board attorney, said.

Though the other objecting attorneys did not speak at Wednesday night’s initial hearing on the project, residents of neighborhoods adjacent to the proposed complex voiced their concerns amongst themselves, and to reporters covering the meeting, during a break in the proceedings.

“Right now, to get out on Route 88 and make a left turn, you can’t,” said Mary Anne Nascone, a resident of the Laurel Brook development, located just west of the proposed hotel.

Nascone said even now, turning onto Route 88 is dangerous unless residents use a second entrance that is right across the street from where the hotel traffic will enter and exit.

“Who wants to deal with the volume of traffic, the lights? What’s it going to do to our property values?” said Nohemi Leary, another Laurel Brook resident. “People have gotten into a lot of accidents there.”

The residents were also concerned that runoff from the complex could be fed into the Metedeconk River, which runs behind their development, causing flooding.

The developers say they have included numerous catch basins, retention basins and even porous concrete in their plans in order to manage stormwater, which will be drawn away from the site by way of an outfall pipe that will run down Forge Pond Road. The water will be treated with cleaning devices before it is emptied into the Metedeconk, the developers say.

The planning board only began to hear testimony on the project Wednesday. The application will be continued at an upcoming board meeting. 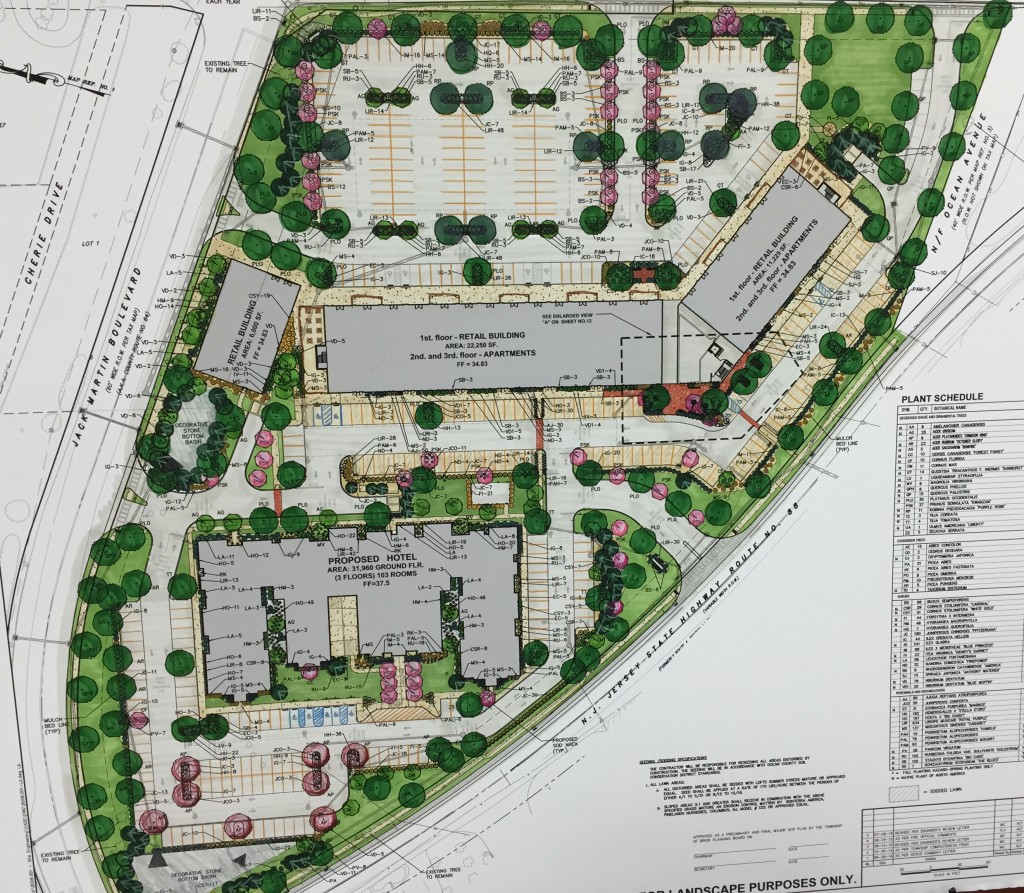