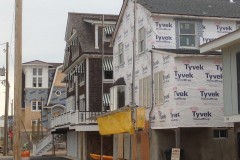 Workers in Ocean County earn the second-lowest wages in the state, with only Cape May County wage-earners taking home less per week.

The wage data was compiled by NJ Spotlight, a website that focuses on New Jersey public policy issues. The study by the site revealed that the average worker in Ocean County earned an average of $845 per week during the fourth quarter of 2014, the second-lowest to Cape May County’s $742.

In addition to the fact that they are faced with the nation’s highest property tax burden in New Jersey combined with Shore real estate prices buttressed in desirable areas by part-time residents purchasing summer homes, the county’s workers would face issues just about anywhere, the study showed. Ocean County was one of five counties in the state where a wage-earner took home less than the national average of $1,035.


The state’s highest-earning county was Somerset, where the average working resident’s paycheck was $1,543.

The study showed that there were 157,600 jobs in Ocean County, up 2 percent from the previous year. Overall, workers in neighboring counties tended to earn more – $1,053 per week in Monmouth County and $1,060 in Burlington County and $872 in Atlantic County, where wages have declined with the turndown of the Atlantic City casino industry.

The data was based on numbers from the U.S. Bureau of Labor Statistics. The full NJ Spotlight report can be found here.