Brick to be Prioritized in Beach Replenishment Project, Mayor Says 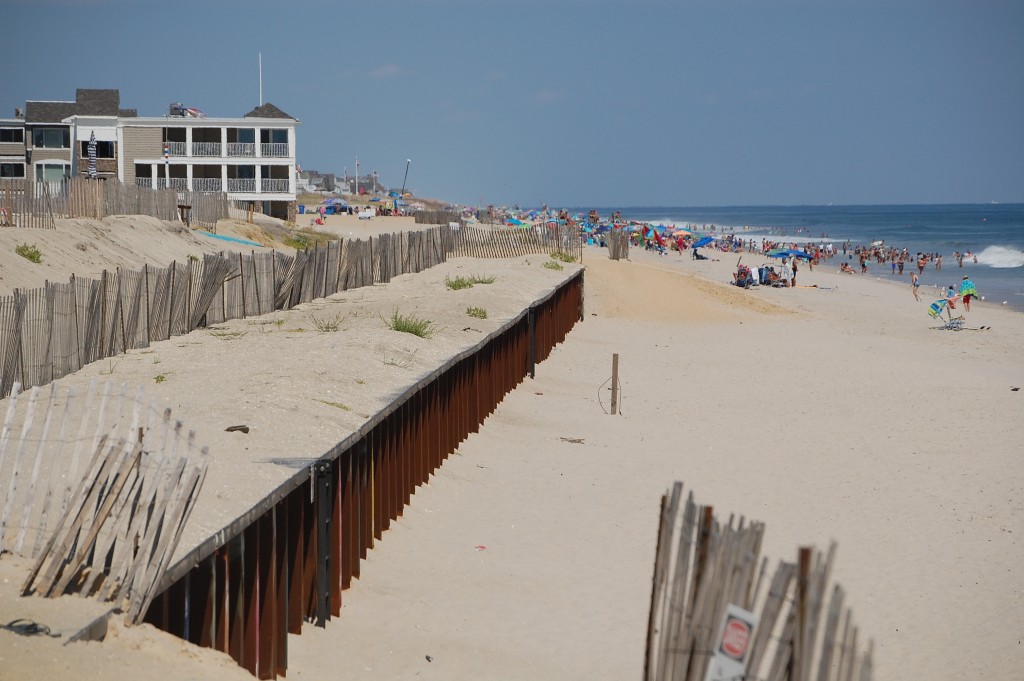 Brick Mayor John Ducey said state officials have told him the township, along with neighboring Mantoloking, will be prioritized in the timing of a planned beach and dune replenishment project that has been stalled nearly a year by legal wranglings.

The mayor faced questions from concerned residents Tuesday night at a township council meeting held in the Normandy Beach section, which was among the most impacted areas by Superstorm Sandy statewide. The residents were upset by news reports in which state and other local officials have been quoted as saying the beach replenishment effort will be split into two parts – one from Lavallette to Island Beach State Park, and the other from Toms River northward to Point Pleasant Beach.

Several residents who voiced concerns were worried that ongoing litigation initiated by Jenkinson’s in Point Pleasant Beach and homeowners – backed by their elected officials – in Bay Head who refuse to sign easements allowing the project to get underway could hold up desperately-needed replenishment in Brick. 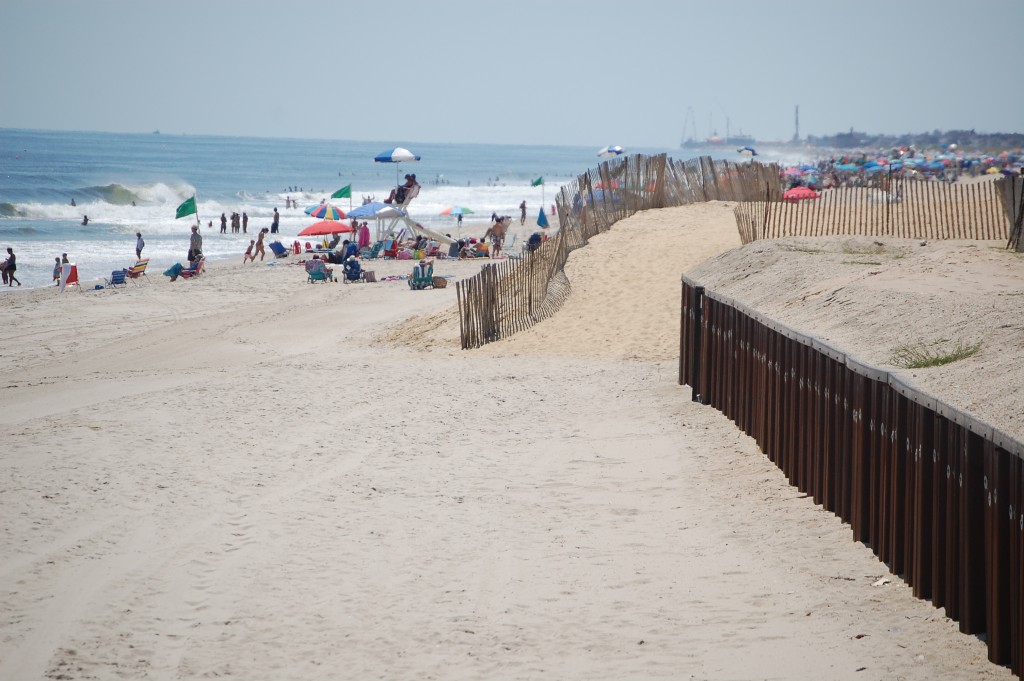 Not so, Ducey said, explaining that in recent weeks he has spoken with Department of Environmental Protection Commissioner Bob Martin who said Brick and Mantoloking will be prioritized to receive replenishment as soon as possible.

“He said Brick and Mantoloking are their biggest priorities, because there is a $35 million wall there that they want to protect,” Ducey said. “They are on board 100 percent. They want to protect their investment.”

The steel sheet pile wall which was installed last fall and winter is meant to be a last-resort barrier to shore up the island. It is buried 39 feet underground, but in order to have a life span as long as state officials hope, it must be covered by the dune, which is meant to be a first line of protection in storms.

There are about 30 easements outstanding in Brick. The easements allow the dune to be built and partially extend over small slivers of oceanfront land that are privately owned. Some homeowners have refused to sign the easements for a number of reasons, ranging from a blocked view of the ocean, to fear that their land will be open to public access, to some who were hoping to receive a payout from the government in the event their land was taken by eminent domain. The state Supreme Court, however, ruled last year that homeowners were not entitled to a “windfall” and any eminent domain judgments should be tempered by the value of the protection the dunes provide.

In Brick’s case, attorneys hired by the state are overseeing the eminent domain process, however due to the importance of the replenishment project, Township Attorney Kevin Starkey is keeping close tabs on the condemnation proceedings. The state is still conducting appraisals for the eminent domain process to move forward, but that activity is expected to wrap up soon.

“The judges are already on notice that those files are coming in,” Ducey said. “As soon as they’re filed, that’s the taking. It’s automatic, it’s not as if we’re going to be negotiating.”

In laymen’s terms, the township will immediately take ownership of the land once it is condemned, and a court will later decide how much – if anything – owners should be compensated for their property.

Starkey said he had a meeting planned this week with representatives from the DEP, the office of the state Attorney General and appraisers completing the eminent domain work.

“We are moving on all of them as quickly as we can, knowing that it is the state’s obligation to do that, but we are keeping a close watch,” said Starkey.

Toms River officials recently said after a meeting with representatives from the U.S. Army Corps of Engineers that bids for the project were expected to go out around the end of 2015 with work not starting until spring 2016 “at the earliest.” On Tuesday, Starkey said there was “no definite time table at all” on the project.

The scope of the project includes a 22 foot-high vegetated dune and at least 200 foot-long beaches along the entire length of Ocean County’s northern barrier island. The project uses the same general specifications as a similar project underway now in Long Beach Island, which includes fencing and dune crossovers that are angled in order to ensure the dune has areas that go unprotected.