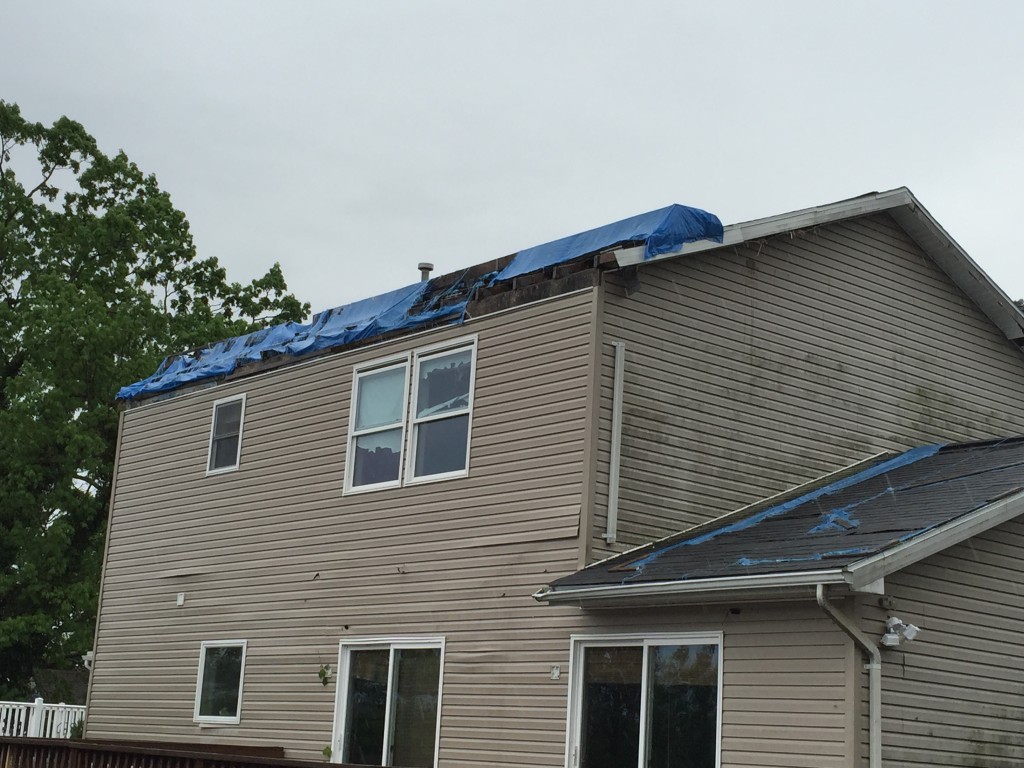 The Brick Township council has given the go-ahead to the demolition of a home in the Herbertsville section that will mark the first structure to be taken down under an abandoned properties ordinance passed last year.

Shorebeat has closely followed the case of 126 South Beverly Drive, which was abandoned about six years ago and has since caused neighbors grief after its roof partially caved in, raccoons and other animals began living inside, and mold inches deep appeared on its interior walls. Making matters worse, a pool has been left unattended in the backyard the entire time and residents in the neighborhood on the Manasquan River have feared a retaining wall could give way, which could lead to land instability. 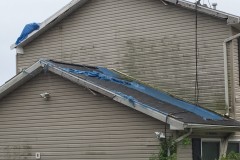 The home has been in foreclosure for the entire time it has been abandoned. Neighbors have told Shorebeat a divorce precipitated the foreclosure and abandonment of the property. For months, attorneys for Citibank, the lender on the home, promised they would do more to maintain the property, but as of Aug. 11, only some cursory work had been completed, such as the installation of a new tarp on the open roof, township officials said.

“We’re trying to take a more aggressive stance,” said Mayor John Ducey. “This is the first property to make its way through the system.”

The township set aside money in its capital budget for demolitions, Ducey said, but a lien in the amount of the demolition cost will be placed on the property which will be due back to the township before it can be resold.

“It is clear that this structure has to come down,” said Charles D. Bauer, the attorney which represents the township’s Property Maintenance Board, the body tasked with holding hearings on abandoned or derelict properties. The board was created under an ordinance passed last year which allows the township to utilize the provisions of a state law that permits the local government to demolish “truly abandoned” properties. The board hears cases, enters orders for property owners with which to comply, and if no work is completed, a recommendation to demolish may be decided upon.

“I certainly feel for the homeowners who have had to live next to this for a long time,” said Daniel Newman, Brick Township’s code official. “If you look at [the bank’s] own engineering report, it says that it was inundated from rain leaks. They repaired a small amount of siding, cut some brush, and attempted to put a better cover on the pool, except the new cover was the wrong size and does not fit.”

Gary Smith, an attorney representing the bank – which still does not have ownership of the property – did not object to the council’s decision.

Newman said the criteria for whether a home should be demolished encompasses many factors, including an economic one.

“It comes to a point where the logic is that, if the value of the structure is less than the cost of doing the remediation, there’s no logic to doing it,” Newman said. “It’s reached a point where what you would save from this structure probably would not be worth it. Everything from the top of the [foundation] block, up, probably should be removed.”

Joane Bergin, the township’s business administrator, said the demolition contract for the property will likely include some restoration work which will shore up the safety of the retaining wall to protect the neighboring properties.

After the demolition is completed – bids must still be solicited and awarded for the work – the township will keep tabs on the lot and, if maintenance is not performed such as mowing the lawn, the Department of Public Works will do so and place further liens on the property.

“We end up going number one as to who gets paid first,” when the property is sold, Ducey said.