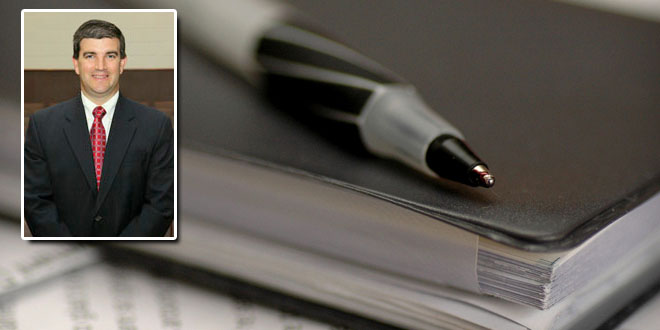 The second time was a charm for James Edwards, the Brick school district’s business administrator.

After the Board of Education rejected a new contract worth $174,991 for Edwards last month in a 3-3 tie, the addition of Dr. Vito Gagliardi to the board provided an extra vote required to have the contract approved Thursday night.

Gagliardi, a former school administrator who also served as state education commissioner, was appointed to the board Aug. 5 by interim county Superintendent Todd C. Flora to fill the unexpired term of John Talty for the remainder of the year. Talty resigned in the spring after undergoing open heart surgery, but shortly after, sought to rescind his resignation. In the same 3-3 tie that blocked the raise for Edwards, Talty was unable to secure enough votes to retake his seat. After several deadlocked votes, the decision on Talty’s replacement went to Flora.


Board President Sharon Cantillo voted no on the contract and board member Karyn Cusanelli abstained from voting on the matter. Board member Susan Suter, the third member of the board who did not vote in favor of the contract last month, was not present for the meeting Thursday.

With Suter’s absence, the contract would have likely been approved even if Gagliardi had not been appointed to the board, since board members Frank Pannucci, Jr., Michael Conti and John Barton would still have voted to approve it. But Gagliardi’s support meant a 3-3 tie would have been avoided even if Suter had been present and voted against the contract.

The contract presented to the board for approval Thursday was the same one that was rejected last month, said Interim Superintendent Richard Caldes.

“Mr. Edwards felt the contract was fair as it is and did not feel that it should be changed,” said Caldes, who also said he negotiated the contract with Edwards. “He felt that ‘as is’ is the only way we would present it.”

The issue of Gagliardi providing support for the contract drew the ire of one resident, Vic Fanelli, a frequent critic of school board spending. Fanelli took issue with the fact that Gagliardi will serve only temporarily on the board and did not initially express an interest in the seat after Talty resigned, nor is he seeking to maintain the seat in the November election.

“It could be that Mr. Edwards’ contract is approved by the new, acting board member who was put here by the acting county superintendent,” said Fanelli, before the vote was taken.

The contract provides Edwards, who is tenured in his position as business administrator, a $3,431 raise for the 2015-16 school year. Edwards’ salary for the 2014-15 school year was $171,560. Edwards may be paid an additional $4,250 for waiving his district health, prescription and vision benefits under the contract, which also includes 27 paid vacation days and 12 sick days.