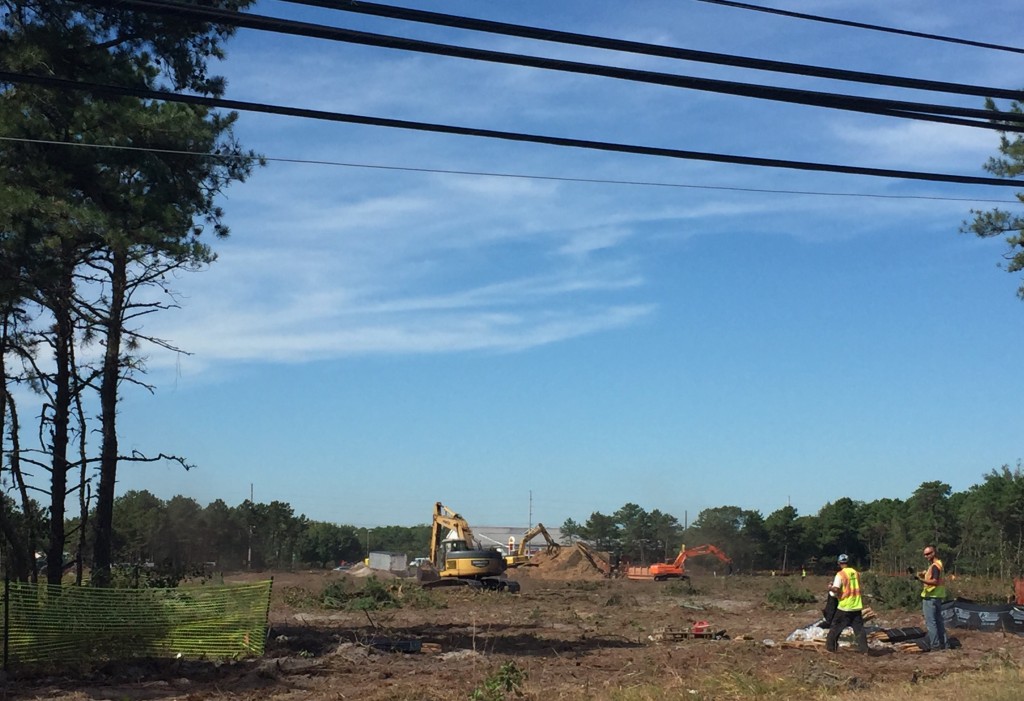 Clearing treed from the future site of ‘The Boulevard at Brick’ apartment complex. (Photo: Daniel Nee)

Crews began clearing trees from a large plot of land between Brick Boulevard and Hooper Avenue, the first step in the construction of a 120 unit apartment complex planned to be built on the site.

The complex received planning board approval in 2013 and briefly caused controversy when the Fair Share Housing Center, a nonprofit group that often initiates legal action over affordable housing issues, threatened to sue Brick Township over a deed restriction that banned Section 8 subsidized rentals in the complex. Such a deed restriction is, in fact, illegal under federal housing laws and was removed, though John Jackson, an attorney for the developer, said units would be priced high enough where Section 8 tenants would not likely be attracted to live there. A one-bedroom unit, Jackson said at the time, would lease for about $1,400 per month.


The builder also paid a fee of about $440,000 to avoid having to designate units in the complex for affordable housing tenants; the money was deposited into a township account for future affordable housing initiatives as required by state law. Tenants will be screened using both financial and criminal background checks, and a management company will be hired as on-site representatives to oversee the complex’s operation.

The complex was initially proposed as a senior development, but the age restriction component was removed after the developer took advantage of a state law passed in the wake of the 2008 economic downturn that allowed unbuilt or unsold real estate development projects with age restrictions to convert their units to general real estate.

This week, numerous residents have contacted Brick Shorebeat asking about the removal of trees, a question that was also raised at Tuesday’s township council meeting.

“I just don’t want to see it going from trees to totally bare without anything being replaced,” said George Scott, a township resident who serves on Brick’s property maintenance board.

Joanne Bergin, the township’s business administrator, said plans for all new developments in town go through the Shade Tree Commission and also must adhere to landscaping requirements.

“As a new development, obviously clearing was required, but the planning board incorporates not only their comments but general landscaping requirements for replacing and covering the landscape,” Bergin said. “That’s all done at the planning board level when they receive approval.”