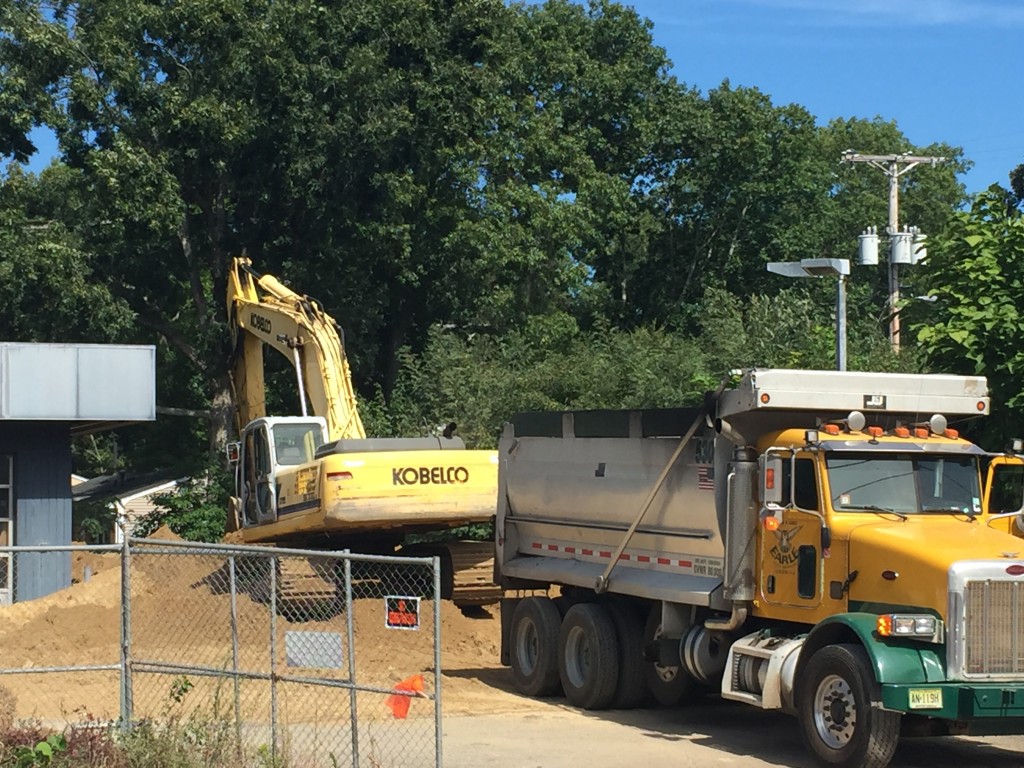 Trucks roll in and out of a former Texaco station on Route 88 in Brick. (Photo: Daniel Nee)

Environmental remediation work has begun at a formerly abandoned gas station on Route 88 in Brick Township, the first station of several on the highway where there is activity following years of deterioration.

“Whoever is going to reopen that gas station had to put in permits, a cleanup plan, and everything else” necessary to go back into business, said Mayor John Ducey.

The station, a former Texaco located at the intersection of Route 88 and Coolidge Avenue, went through a lengthy state approval process that required reviews from a number of agencies, including the state Department of Transportation, which earlier this year requested that Brick Township officials ban left turns onto the state highway in the area of the station. For safety reasons, the DOT advised Brick officials that cars turning left onto the highway should do so from a side street rather than the gas station parking lot. The council passed the measure shortly thereafter.


The site is owned by 2086 Route 88, LLC, which won approval from the township’s Board of Adjustment in 2013 to reconstruct a new gas station and service garage in the same positions as the previous pumps and garage areas. The property is approximately 18,750 square feet in size

The Route 88 corridor in Brick is marked by several seemingly abandoned gas stations, including a former Exxon station a block away, a second Texaco station between Post Road and Bruce Street, and a more recently-shuttered Lukoil station at the Jordan Road intersection.

Ducey said at a recent meeting with Brick’s Teen Council, a group of teenagers that meet with township officials from time to time, the idea was brought up to paint murals on the former gas stations until they are redeveloped. Township officials contacted the owners of all the abandoned stations regarding the idea, and so far none have returned the township’s calls, Ducey said.