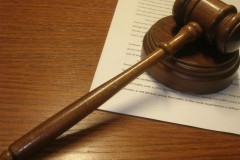 The particulars are not clear, but an ongoing legal action initiated by the Fair Share Housing Center has determined that in order to fulfill its obligation to provide affordable housing under the state’s Mount Laurel doctrine, Brick would need about 3,000 affordable housing “credits,” which would add up to approximately 1,500 individual units.


The state has not set affordable housing unit quotas in the latest round of rulemaking, leaving the issue to the courts. The Fair Share Housing Center, a nonprofit group that takes legal action to enforce the controversial 1975 court decision from which the doctrine takes its name, has made its own calculations which are the subject of ongoing litigation.

Joanne Bergin, the township’s business administrator, said in making its calculation, the group penalized the township for dedicating too much of its past affordable housing projects to senior citizens and disabled residents. In recent months, multiple officials from Ocean County communities have told Shorebeat that there has been an emphasis placed on non- age-restricted properties versus senior or special needs housing. Last fall, Lacey Township – facing pressure over having too much age-restricted affordable housing – approved a new, 110 unit apartment complex without any age restrictions.

To contest the 3,000 credit proposal, Brick has joined with more than 200 New Jersey towns to hire Econsult Solutions, a Philadelphia firm, to produce a revised estimate. Econsult’s exact estimates for Brick Township were not available, but statewide, the company calculated about 37,700 units should be constructed over the next 10 years, approximately one-fifth of the estimates determined by housing advocates.

The towns are asking a judge to declare that they are in compliance with existing affordable housing laws.

Affordable housing advocates have said their efforts are aimed at giving an opportunity for lower and middle income families to afford to live in various parts of the state that unfairly use their zoning power to block high-density or smaller, more affordable units to keep out those with low incomes. Those opposed to the Mount Laurel doctrine argue that high-density housing leads to higher school taxes, crime issues and is a detriment to the environment due to overbuilding.

Ultimately, the courts will decide how the housing quotas must be met. If enough units are required in Brick, the township could face so-called “builder’s remedy” lawsuits, where a builder can sue to build high-density units by successfully arguing the township has not met its quota.

The township approved payment of about $6,700 in legal bills on affordable housing issues at Tuesday’s council meeting.

“That’s one [issue] that, trust me, I’m telling our legal counsel, ‘we’re fighting it to the end,'” Ducey said.