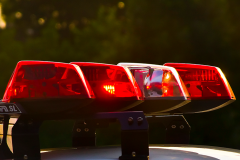 Police in Toms River are investigating an apparent robbery that ended in a shooting.

The incident occurred Tuesday just after 3 p.m. in the parking lot of Winteringham Village, an apartment complex located on Route 166. Police fielded calls from residents reporting gunshots in the area, but no evidence or suspects were located, said police spokesman Ralph Stocco.

A short time later, Stocco said, a 19-year-old Toms River man arrived at Community Medical Center with a single gunshot wound to his shoulder. He told the investigating officers that he was in the parking lot of Winteringham Village earlier and was approached by a man brandishing a handgun, who walked up to him as he stood next to his car and fired one shot in an apparent robbery attempt.


The man then fled on foot, the victim told police.

The victim, whose name was not divulged, was initially treated at Community Medical Center and was later transported to Jersey Shore Medical Center in Neptune. He remains at the hospital in stable condition with a non-life threatening injury.